PUTRAJAYA: The standard operating procedure (SOP) for several businesses and social activities will be presented to the special Cabinet committee over the weekend, an indication that these activities may resume soon.

It will be a busy Saturday for the committee which will hear, among others, the proposed SOP for barber shops as well as hair and beauty salons.

“We will also be looking at the SOP for solat jemaah (congregational prayers). For instance, if the mosque is large, it can probably take in 100 congregants for prayers with the one-metre social distancing policy.

“The respective ministries will be presenting the procedures and we will decide from there, ” he said in his daily briefing yesterday.

Businesses such as barber shops and hairdressing salons, which have been closed since March 18, have yet to be given the go-ahead to resume operations, even though the government has allowed most economic and social activities to resume under the conditional movement control order (MCO).

On enforcement activity reports, Ismail Sabri said 229 vehicles were ordered to turn back at interstate roadblocks for attempting to cross state borders without permission.

“Police also reported that 33 people were arrested for not complying with the conditional MCO while 248 individuals were issued with compounds for not following SOP and other regulations under the order, ” he added.

None of those slapped with compounds had violated the no Hari Raya Aidilfitri visit policy.

On another matter, the senior minister said that Malaysia has been free of fake news related to Covid-19 over the past week, with the police and the Malaysian Communication and Multimedia Commission not having opened any investigation papers.

“This is a positive scenario, reflecting the people’s awareness on the dangers of spreading fake news.

“Perhaps, the focus is on other sensational news like politics, but there is no fake news being spread on Covid-19.

This is good news and I am happy about this, ” he said.

To date, 266 investigation papers had been opened by the authorities to investigate claims of fake news on Covid-19.

On the Covid-19 positive cases detected in Sungai Buloh Prison, Ismail Sabri said screening would be conducted on the 600 inmates sharing the same block with the individual who tested positive.

He said tests would also be conducted on all of the 700 prison staff members.

“Swab tests will not be conducted on inmates residing in other blocks.

“This is because there is no interaction or meeting between inmates of different blocks. So there is no need for the rest to be tested, ” he said.

There are eight separate blocks at the Sungai Buloh Prison. 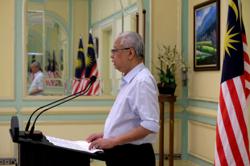 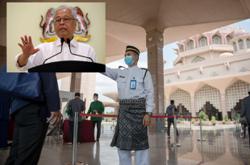