"We have opened a police inquiry paper to facilitate initial investigations into the case," he said in a statement on Thursday (May 14).

A redacted police report sighted by The Star alleged that Datuk Seri Dr Dzulkefly Al-Bakri had uploaded news on his activities on his Facebook page on May 2.

The report was lodged by a 43-year-old man at the Bandar Baru Bangi police station at around 6.10pm on May 3.

The complainant mentioned that a number of activities conducted by Dzulkefly defied the MCO.

The minister allegedly did this by sending a transfer letter to a senior officer of the Malaysian Islamic Development Department (Jakim) in person on March 31 and taking photos with the officer.

Dzulkefly is also alleged to have met an acquaintance, Datuk Dr Fathul Bari, and several others and conducted a meeting at his office without observing social distancing on April 13.

The report also claimed that on the following day, the minister called on Dr Rozaimi Ramli, Dr Ahmad Kamil Jamilin and Dr Fathul, as well as several others, for meetings at his office. 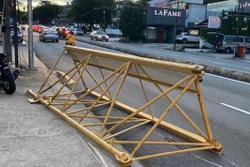