GEORGE TOWN: One of the dirtiest rivers in the country is not dirty any more. Thanks to the movement control order (MCO).

Photographs captured from a drone of Sungai Pinang in the heart of the city, taken seven weeks apart, revealed that after the MCO started, the 3.5km river is healing.

From a pitch-black flow polluting the Straits of Malacca, the river is now jade green with algae.

Photographs of the river, taken by The Star on March 8 and yesterday, were all shot at low tide to make a fair comparison without seawater pushing into the river on a rising tide.

Gone is its foul blackness.

“It is all kinds of oil from workshops and factories that emulsified and mixed with organic matter from the wastewater of markets, hawkers and so on.

“With the MCO, the dumping has stopped. You can see now how a river cleans itself if the pollution load is low. It is we humans who overload the rivers.

“We must either relocate polluting sources elsewhere or ensure they treat their waste before discharging them into the environment, ” said Prof Chan.

Sungai Pinang river basin is about 50sq km, covering much of George Town and all of Ayer Itam plus Paya Terubong.

It is fed by six tributaries, all of which run through densely populated urban centres on the island.

Sungai Pinang’s water quality was categorised at Class Four, just one step below the dead river category of Class Five. There were plans to make it Class Two for over 10 years ago.

Prof Chan, who was ecstatic when shown the drone pictures, said each time he asked the authorities about cleaning up the river, “they say no because they think Sungai Pinang is dead and cannot be revived”.

“These photos are the game-changer. It proves that Sungai Pinang can be beautiful and have a nice waterfront.”

Equally happy was marine biologist Prof Datuk Dr Aileen Tan, who said the heartening improvement of the river showed that “concrete results are achievable if the authorities set up better sewage management systems or get tough on enforcement in the new norm after MCO”.

“I am sure rivers all over the country are becoming cleaner by themselves now. We should treasure this phenomenon and take it as a chance for us to change for the better after the MCO, ” Prof Tan said.

Another river that also made headlines recently was Sungai Melaka, located in the historical city in its namesake state.

It is now so clear that people can see schools of fish swimming around.

He said 13% of the 1,337 manufacturing plants allowed to operate during the MCO were found to be located upriver of water intake points and DOE was paying special attention to such locations.

“The enforcement actions included arrests and suspension of the licences of five premises.

“Since the MCO began, DOE enforcers have conducted regular patrols and surprise checks. One of the places we focus on is areas upriver of water intake points. We use drones to look for pollution indications, ” he said. 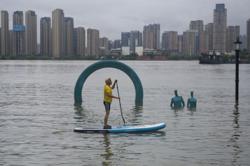 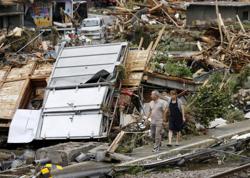