Another Ipoh hotel bites the dust amidst pandemic

A file photo of Kinta Riverfront Hotel and Suites.

IPOH: Another of the city's prominent hotels, Kinta Riverfront Hotel and Suites will shutter at the end of the month.

An inter-office notice dated April 22 which the hotel sent out to its staff stating that it will close down on April 30 has circulated widely on WhatsApp.

The letter, signed by the hotel's board of directors and management representative Tan Kim Hee, said the hotel could no longer sustain its business, having suffered losses for months even before the Covid-19 pandemic dealt the industry a blow.

It said the pandemic has taken a huge impact on its finances as "millions" in revenue have been lost due to cancellation of rooms and events.

"The company has carried out extensive cost management measures since Covid-19 was first discovered in the Asia region, especially in China late last year.

"With the movement control order (MCO) enforced since March 18, the opportunity to regain the losses was made impossible as all travelling activities came to a halt," the letter said.

"The pandemic is not showing signs of slowing down, with more countries being affected and lockdowns being implemented that crippled the entire tourism industry worldwide," it added.

Kinta Riverfront Hotel has been operating for eight years, having opened in 2012.

The management said it had tried to continue the business and keep everyone employed.

"Despite the efforts put in, we have failed to get funds or investors in to sustain the business. The company is in a deep financial crisis and is left with no options but to close down the hotel and let everyone go," it said.

However, it promised to work out a compensation package for those who were eligible.

A hotel staffer who wished to remain anonymous insisted that the closure was only temporary and the management would re-evaluate the situation in July.

"If the situation improves, the hotel will reopen its business. But for now, hotel employees will only be paid until this month," the worker said.

Attempts to get the hotel's management for comments have been futile.

Earlier in the month, it was reported that the Tower Regency Hotel here would shut its doors by April 30. 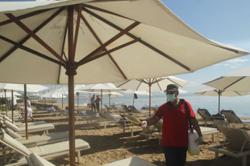 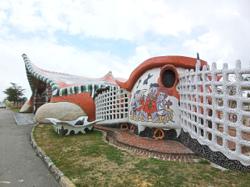