Embattled Adly insists he is still Melaka CM despite defections

He said based on the state constitution, he cannot be removed through undemocratic means.

"I was told by higher-ups that I am no longer the Chief Minister from 4pm Monday (March 2).

"However, the administration of the state government can't be determined by four people who had defected," he said at a press conference at Graha Amanah in Bukit Katil here Tuesday (March 3) without mentioning who was the higher-ups.

On Monday, Melaka Yang di-Pertua Negeri Tun Dr Mohd Khalil Yakoob said he had received a notice from several assemblymen stating that Adly no longer commanded the confidence of the majority of the state assembly.

"Based on Article 7(4) of the Melaka state constitution, the Chief Minister must resign," said state secretary Datuk Seri Hasim Hasan in a statement Monday.

He also said based on Article 7(2)(a), a new chief minister who had the confidence of the majority of the state assembly would be appointed. 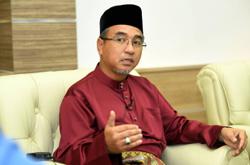 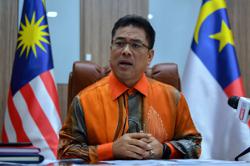