KUALA LUMPUR (Bernama): The country's courts are not only going digital but are also adopting artificial intelligence (AI) initiatives to ensure easy access to justice.

Minister in the Prime Minister's Department Datuk Liew Vui Keong said the government was already pursuing an array of AI initiatives in digitalising the courts.

This includes the introduction of e-bail and e-review that seek to reduce the need for lawyers and litigants to physically appear in court, saving time and costs for all parties, and digital voice to text court recording transcripts and digitally secured evidence.

"Through 2020, the government will continue to pursue and introduce additional AI initiatives to digitalise the courts and secure easy access to justice for all,” he said in a statement here on Monday (Jan 20).

"The legal profession must embrace digitalisation, in which the Sabah and Sarawak Judiciary have (sic) led an exemplary path for legal practitioners across Malaysia to follow.

"I am delighted to hear the judiciary’s support of the government’s efforts to digitalise the courts through use of AI and information technology (IT). Support from the nation’s top judges was crucial. I therefore wish to record the government’s sincerest appreciation for the tremendous support of the Chief Justice and Chief Judge of Sabah and Sarawak for these initiatives,” he said.

These digital initiatives would not only facilitate easy access to justice by removing the necessity for the physical presence of parties in court but would also be environmentally friendly as they seek to reduce the usage of paper and carbon footprints incurred in travel, Liew said.- Bernama

The future through Artificial Intelligence 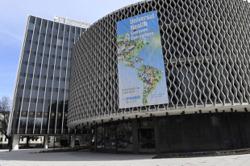