IPOH: The Perak MCA has lodged a report against Keranji assemblyman Chong Zhemin over his allegation that the party misappropriated funds meant for building a hospital in Kampar.

"We want the police to investigate the slanderous statements made in his blog and Facebook.

“The Health Ministry has already issued a statement to prove what he said is not true, ” he told reporters outside the police station. 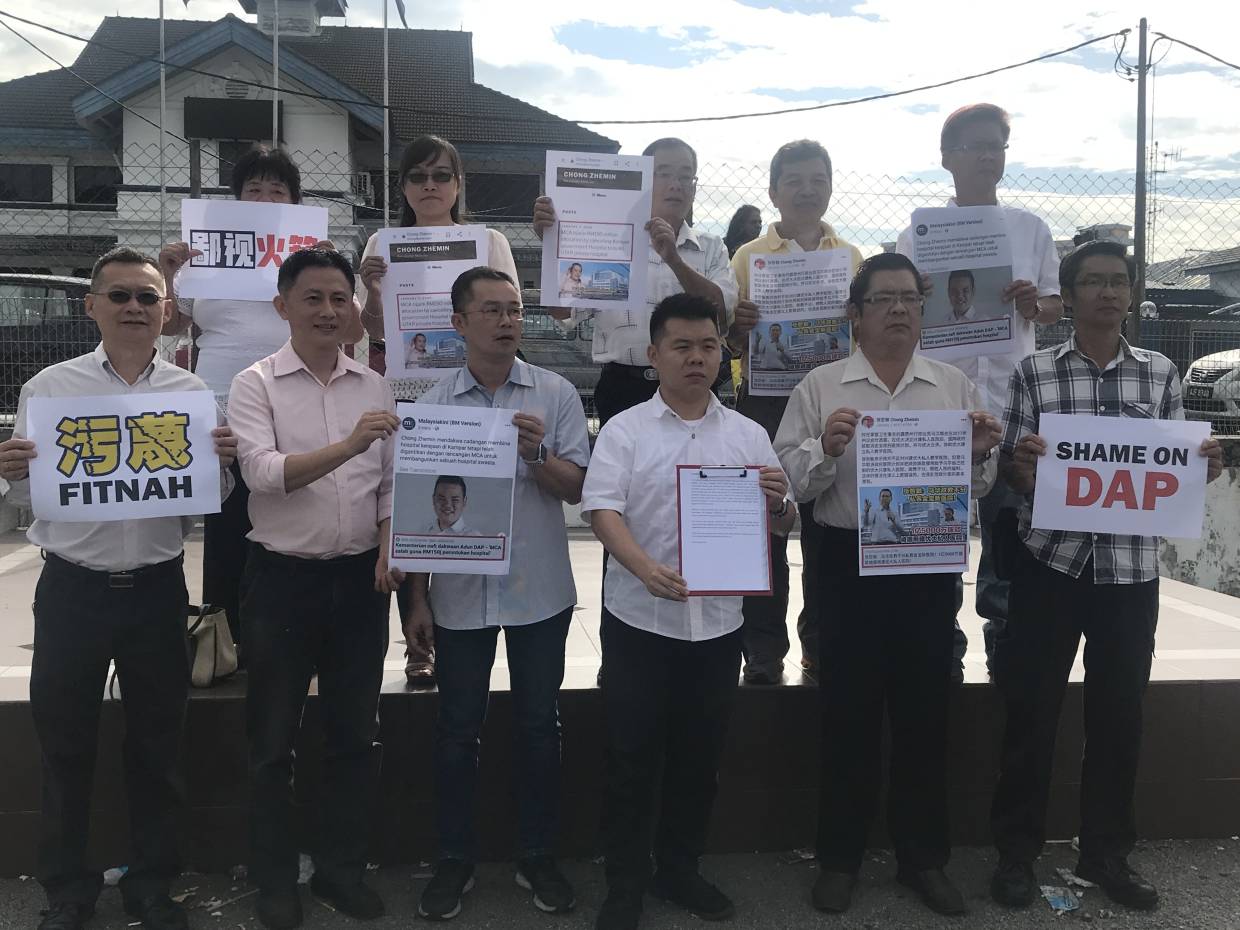 "What he said not only smeared the good name of MCA, but also the Health Ministry and disrupted the plan to build the Universiti Tunku Abdul Rahman (UTAR) hospital, ” Low said.

Chong had on Jan 2 alleged that MCA had misappropriated the allocation for the Kampar hospital, which he claimed was replaced with the party's plan for a private hospital in collaboration with UTAR.

The Health Ministry has already issued a statement debunking Chong’s claim, noting that the funds were being held by the Finance Ministry.

Prior to lodging the report, Low led a group of party members in shouting, “Chong Zhemin, fitnah!” (Chong Zhemin, slander!).