Rafizi announces he is quitting politics

PETALING JAYA: PKR vice-president Razifi Ramli (pic) tweets that he will not be returning to politics.

In a series of tweets on Sunday (Dec 8), Rafizi said he was making it clear that he was not returning to politics and will be focusing on his new career in Artifical Intelligence (AI) and Internet of Things (IoT).

"It’s obvious I tweeted because I am making it clear I am not coming back to politics.

"It’s the stage of my life when I need to learn. Only through learning, we can be better & contribute better.

"Excited to focus on AI, machine learning & IoT - see what I found last week," stated Rafizi in his latest tweet.

With pictures of his visit to Taiwan, he had quoted excerpts of former US President Teddy Roosevelt in his earlier tweets, saying the president's speech could not fit on twitter.

"Was in Taiwan for a business trip & the subject of favourite political quotation came out.

"Mine is Roosevelt’s Man In The Arena:

"It is not the critic who counts; not the man who points out how the strong man stumbles, or where the doer of deeds could have done them better.

"The irony is the same philosophy is now being applied to tech development through this culture of iteration. Agile product development means you get your MVP out first but keep coming back through iteration to get it to perfection. Teddy Roosevelt would have been proud," said Rafizi.

Rafizi, a former Pandan MP, was credited with bringing one of the biggest abuses of public money in the National Feedlot Corporation Sdn Bhd (NFC) scandal to light in his early years of politics.

After seven years of trials, Rafizi was sentenced to 30 months' jail by the Sessions Court on Feb 7,2018, for exposing the bank account details related to NFC and its chairman Datuk Seri Dr Mohamad Salleh Ismail.

Last November, the High Court acquitted him of the charges and Rafizi was fully discharged from his sentence.

On Dec 6, the Attorney General filed an appeal to reverse the High Court’s decision in the National Feedlot Corporation (NFC) case.

“I hope he (AG) is as diligent in bringing to justice the ex-minister’s family members who benefited from the RM250m, “ Rafizi tweeted.

“None of them have been charged in court so far, “ his tweet said.

The AG Tan Sri Tommy Thomas had since said that it was a mistake to have filed the appeal.

It’s obvious I tweeted because I am making it clear I am not coming back to politics.

It’s the stage of my life when I need to learn. Only through learning we can be better & contribute better. 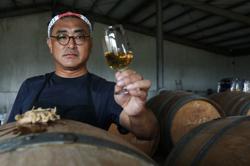