MCA leaders hit out at Pakatan over TAR UC grants

Dr Wee speaking during the briefing.

He said the 50-year-old institution had provided affordable education to over 200,000 students from low- and middle-income groups and would continue to do so.

Set up by MCA as Tunku Abdul Rahman College, fondly known as TAR College in 1969, it was for students who could not enter public universities and could not afford to go to private universities.

“MCA is here to protect TAR UC and ensure it continues with its mission. The party leadership has been entrusted by past leaders to do so. We will not give in to pressure from DAP,” he told a briefing on TAR UC yesterday.

The money was for operating expenses to keep its fees affordable, especially to poor students. 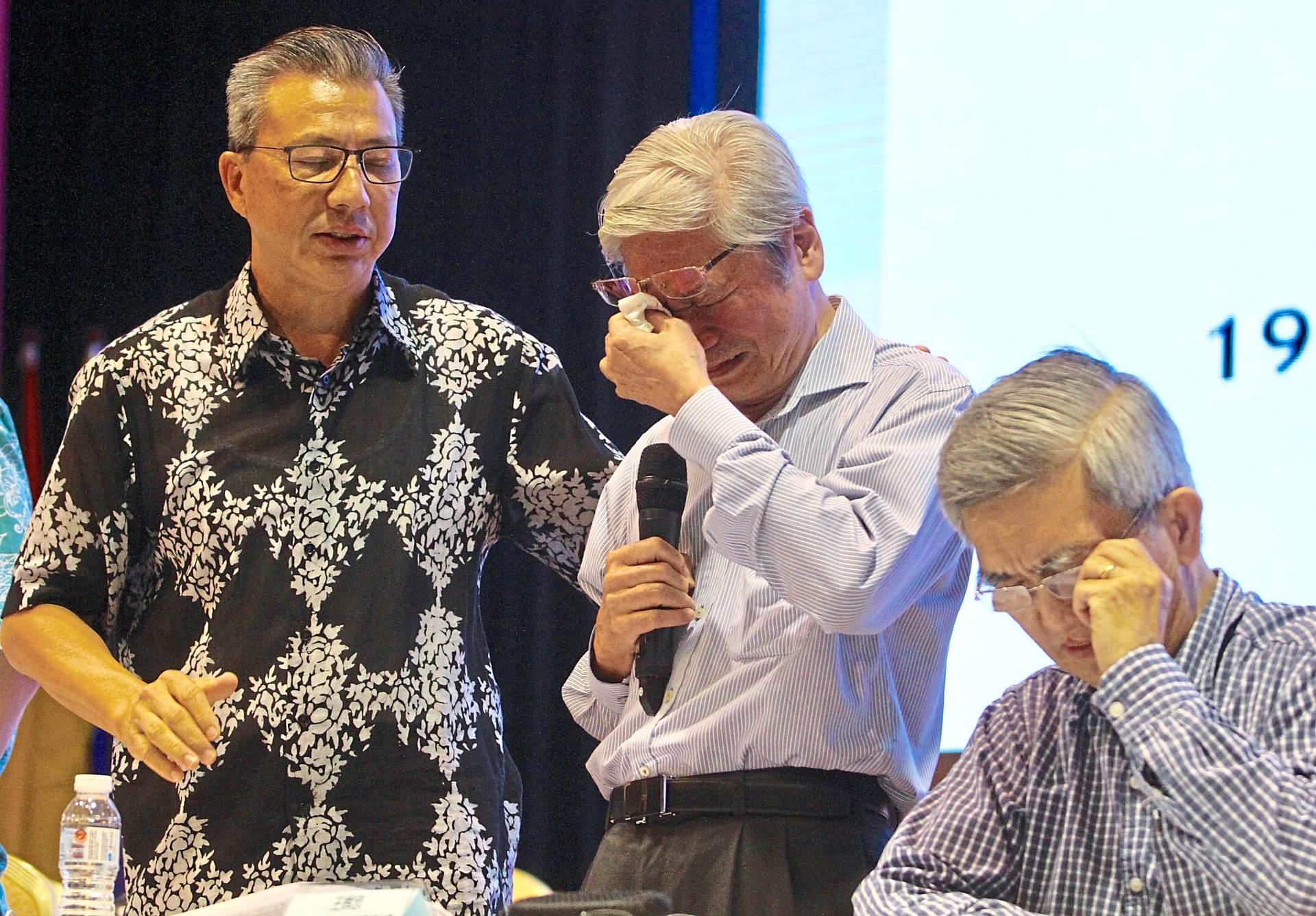 The Barisan Nasional government had given RM1.0123bil matching grants between 1969 and 2018.

The money was given every year without fail.

But Lim stopped it when Pakatan Harapan came into power in May 2018.

“Shame on you (Lim Guan Eng),” Dr Wee said as he began his briefing, questioning what Lim is doing to the institution.

TAR UC board of governors’ chairman Datuk Seri Liow Tiong Lai delivered an emotional speech, asking the party and Chinese community to stand together to protect the institution so that it could continue with its mission to provide affordable education to the underprivileged.

Tan Sri Lau Yin Pin, who sits on the TAR UC board of trustees and a former student himself, broke down shortly after he started talking about his alma mater.

He said TAR UC was now at a critical point after being deprived the RM60mil in government funds.

The institution, he said, must keep fighting to continue with its mission to provide for poor students.

TAR UC was also a big topic at the Wanita AGM yesterday.

MCA secretary-general Datuk Chong Sin Woon, who opened the Wanita AGM, spoke on why the matching grant for the TAR UC was crucial for students. The matching grant, he said, was to help TAR UC keep its fees low.

Since the Tanjung Piai by-election, Chong said that Lim had been harping about setting up the TAR UC Trust Fund where he would channel the government’s RM30mil annual matching grants to and would appoint the TARCian Alumni Association (TAA) to manage the finances.

Dr Wee has pointed out that the legitimate owner of TAR UC is TARC Education Foundation set up under the Educational Institutions Act.

Wanita MCA chief Datuk Heng Seai Kie also hit out at Lim, saying that he should not channel the RM30mil annual matching grants away from the TARC Education Foundation.

Such funds came from taxpayers’ money, she added.

By undermining TAR UC out of political revenge, she said it was the children from poor families who would be affected by such a move.

In the past few weeks, a number of Malaysians including hawkers have initiated their own move to raise funds for TAR UC.

On Friday, Wanita delegates who arrived here for the AGM raised RM12,000 for the purpose.

Kojadi shoots up in rank among cooperatives

Chong pays tribute to women in politics and nation-building

‘Guiding principles must be upheld’