From rubbish collector to millionaire

Success story: Azlan (left) with Maizan during the launch of his book at the National Library in Kuala Lumpur. — Bernama

Sharing his success story, Mohamad Azlan, 32, said in 2005, he was working as a rubbish collector for a cleaning contractor at the Royal Malaysian Air Force base in Gong Kedak, Kelantan.

“At that time, I often took home food like chicken and fish thrown away by the canteen operator that was still edible for my family.

“That was how difficult life was. We were poor, and in a survey that was carried out, my family was found to be the poorest in Kampung Tok Raja, Besut.

“I was determined to change my life and that of my family,” he told reporters after the launch of his book, Rahsia Pengutip Sampah Jadi Jutawan (Secrets Of A Rubbish Collector Who Becomes A Millionaire) at the National Library here.

The book was unveiled by National Library director-general Maizan Ismail.

Azlan said in 2010, after his farm failed, he decided to leave home to find a job in Jertih.

“I only had RM1.30 in my pocket,” he said, adding his life changed when he met an individual who offered him a job as a property agent.

Azlan, the proprietor of Azlan A-Amin Properties Sdn Bhd, attributed his success not just to determination and hard work, but also the practice of giving alms, performing his religious obligations and caring for his parents.

“Make poverty as motivation and wealth as an inspiration. When we have acquired wealth, be generous and help others.

“In times of hardship, never forget Allah and give alms, and always be grateful and appreciate the sacrifices of our parents,” he added.

Azlan, who is the sixth of 21 siblings, hoped the book would inspire youth. — Bernama 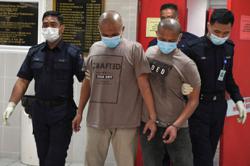 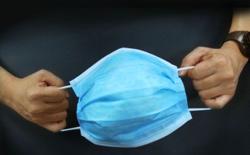