Applauded move: The streamless schools approach will be implemented beginning next year, giving students the option to choose what subjects they want to study.

GEORGE TOWN: A majority of students prefer to be given the freedom to choose what subjects they want to study after completing their PT3 (Form Three Assessment).

Student Nadthachad Voravuth, 13, said although he does not know which stream he will be entering in the future, he prefers to be given the chance to study the subjects he likes.

“I think non-streaming is better as we get to choose what subjects we like.

“If I want to be a doctor, I will focus on science-related subjects such as biology,” he said.

“It is better to focus on what we want so that we do not waste time studying what we do not like and will not benefit us in the future.”

As for Shanieeque Teoh, 14, she prefers the streamless school approach as she will get the best of both worlds.

“Studying arts is easier as compared with science subjects. However, it is undeniable that the science field is the future.

“By being in a streamless school, I will be able to study both arts and science subjects which is crucial for my future,” she said.

Meanwhile, Bryan Ong, 16, who is doing science stream now, said he prefers students to be given the freedom to choose their own streams. “Not everyone can cope with science subjects and students should focus on the subjects they like.

“There is no need to spend extra time on other subjects that students are not interested in,” he said.

He said secondary students would be able to choose what subjects they want to study.

A working mother welcomed the abolition of streaming classes as children could not decide what they want at that age.

“Early streaming would limit their opportunity to discover and develop their potential.

“Under the streaming system, those in science stream have wider options of pursuing both Science and Arts courses after SPM depending on their results,” said the mother who declined to be named.

“Arts stream students can’t pursue science courses at the tertiary level even if they excel in SPM.

“Going streamless is a good move for students to choose their own combination of Science and Arts subjects,” said the parent whose daughter will be in Form Four next year.

In Melaka, Form Three student Alyssa Ching from SMK Methodist Girl School welcomed the move by the Education Ministry that gives students the liberty to choose their subjects.

The 15-year-old from Bandar Hilir said she will pursue her ambition to become a psychologist by opting for relevant subjects when she enters Form Four in 2020.

“I guess many students are happy with this move as they could drop subjects that they are not keen on,” she said.

She said her seniors in upper secondary shared that it was their parents who made the decision which streams to enter.

“Most parents want their kids in the science stream and this places pressure on the students as they don’t have the passion for certain subjects,” she said. 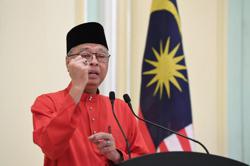