PETALING JAYA: Perak PKR chief Farhash Wafa Salvador says he is willing to cooperate with police in relation to investigations into a brawl on Aug 31 said to involve him and his brother.

Farhash said he was aware that a police report was lodged against his brother, alleging that he was in a fight that left a man with injuries to his body and private parts.

"A police report naming my brother was made.

"However, I am willing to give my full cooperation if needed," he said in a statement.

Farhash, who is the political secretary to PKR president Datuk Seri Anwar Ibrahim, claimed that the person who lodged the report had attempted to sexually assault his wife two years ago.

Prior to this, Farhash had dismissed rumours that he was involved in a fight.

This denial came after a viral text message that claimed he injured a man out of dissatisfaction after losing a court case.

He was reported in Sinar Harian as saying that the viral message was fake and that it was an attempt by his political rivals to discredit him.

However, on Tuesday (Sept 3) Selangor police named Farhash as a suspect in a brawl that took place on Aug 31 at a sports complex in Ampang in which there were at least 12 men involved.

Selangor CID chief Senior Asst Comm Fadzil Ahmat said the brawl started when one man pushed another at the venue. The management was, however, able to stop the fight from getting escalating.

Unfortunately, the matter didn't end there. The two men met again at the venue's motorcycle parking lot and were later joined by 10 other men.

There, the victim was attacked with helmets, knives and chairs.

SAC Fadzil said the victim's friends tried their best to help but failed and the victim suffered injuries to his waist and genitals.

The case is being investigated under Section 148 of the Penal Code for possessing weapons or missiles at a riot. 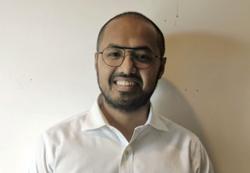