Country’s first tapir conservation centre will be in Jelebu

A juvenile tapir in Zoo Negara, with World Tapir Day being celebrated to instill greater concern and protection for this endangered species - Photo courtesy of Malaysian Nature Society.

“The rationale behind it is Perhilitan hasn’t got a dedicated conservation centre for a comprehensive tapir treatment, rehabilitation and breeding programme despite the rising number of the animals being rescued every year.

“The state park is ideal for the project. The centre will encourage research and development into the species by local and international researchers,” he said.

Apart from this, he said the centre would help realise the Negri Sembilan Structure Plan 2045, which, among others, aims to promote eco-friendly tourism.

“According to the overall plan for the 81ha site, 4.05ha will be allocated for infrastructure like an office, clinics, labs, X-ray facility and quarantine centre, while the remainder will become a tapir paddock,” Wan Mat said, adding that the centre is expected to take five years to be ready.

The project was approved by the Federal Government late last year and its site confirmed by the state government.

He said that habitat fragmentation and hunters who trap or shoot them were among huge threats to the tapirus indicus.

“When we hear of tapirs being hit by a car, it is a result of this,” Wan Mat added.

Technology for breeding and management would enhance conservation efforts, and protect the tapir from the threat of extinction, he said.

Due to the colours of the tapir – black and white – which symbolise balance and serenity in certain cultures, he said the creature was receiving attention from countries like Japan and China, which could lead to cooperation. — Bernama 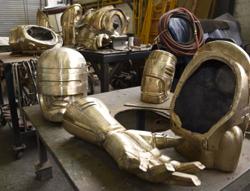