The moderators: Adair (left) and Rinie

PETALING JAYA: The spike in popularity of eSports – almost like a “gold rush” some say – may lead to a prevalence in addiction-related problems in the country.

“There have been numerous individuals who have experienced various mental health disorders as a result of their gaming, such as a dependency for the games – withdrawal from them can result in numerous negative reactions not unlike that experienced by those suffering from a gambling addiction,” said clinical psychologist Joel Low of The Mind Psychological Services and Training.

“With the influx of revenue into eSports, and with college eSports and high school leagues, there’s little doubt that eSports is set to explode. I see it as an exasperating issue because now kids will be able to justify their excessive gaming habits as a potential career choice, or in view of a college scholarship, or to be the next eSports star,” said Adair, who shared his own gaming addiction story with The Star.

Indeed, many a Malaysian youth is going to be enticed by the earnings of players like Jian Wei “xNova” Yap (from team PSG.LGD) who has been competing in Dota 2 since 2013, and made it to the “Top 10 highest-earning eSports athletes” by Fox Sports Asia, with total winnings of US$1.09mil (RM4.3mil) last year.

Last year, Dota 2 gave away US$41.3mil, which was won by players spread across 117 events.

There is little doubt also that eSports is on the rise in Malaysia, especially with the RM10mil budget allocation for eSports, and the backing of tournaments such as the Dota 2 Kuala Lumpur Major by the Youth and Sports Ministry and the National Sports Council of Malaysia last year.

Adair, who now travels around the world giving encouragement to those who want to quit gaming, was once an elite hockey player in Canada, and stressed that to be a professional athlete in a sport like hockey or soccer is very different from being one in eSports.

“I had a sports psychologist, I had strength and conditioning, and dry land training. I didn’t play hockey for 16 hours a day. My diet and nutrition had to be perfect. For gaming it’s pretty much one person or a team sitting in front of the computer in a dark room, isolated and staring at a screen, and that can get dangerous for some.”

eSports Malaysia (ESM) secretary general Rinie Ramli is not unduly concerned about this and feels that measures have already been put into place to prevent addiction from becoming a threat.

“We have helped set up eSports clubs at more than 20 higher education institutions all over Malaysia and have organised eSports workshops to promote healthy and sustainable gaming. We advocate responsible gaming and practices exercised by professional teams such as healthy diets, exercise, scheduled gaming and purposeful training,” Rinie said, adding that players who need assistance can get in touch with ESM or their respective state associations.

Rinnie explains that both gamers and parents need to be aware that there are games designed to “hook” one into addiction, with frequent and immediate rewards and never ending gameplay.

“They also have to understand quality time versus quantity. Spending more time playing doesn’t improve the skill of a player. What would improve is having purposeful training that targets a certain set of skills. Just like how a footballer practises a free kick, the same goes for an eSports player.”

Rinnie reminds players to practise with a group of like minded friends or in a professional team. “Environment plays a huge role in ensuring the players stay on track.” 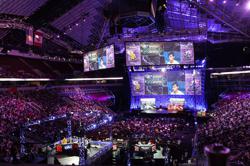 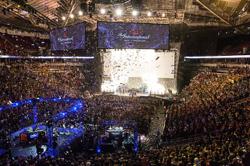