Water on his mind 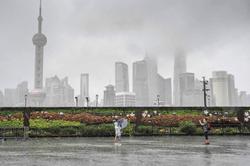 FOR a body that regulates a service as important as making sure that there is enough water for Malaysians to drink, the National Water Services Commission (SPAN) sits in an unassuming building off the main thoroughfare in Cyberjaya.

Sharing a modest block with the Malaysian branch of the World Health Organisation, the office of the commission chairman is on the upper floor and is simply furnished with serviceable tables and chairs.

It is an office that is now being assumed by SPAN’s new chairman, Charles Santiago, who is taking up the post at a time when a hike in water tariffs is imminent. Raising tariffs long considered to be among the lowest in South-East Asia, and which Malaysian consumers have come to expect them to be so, is not going to be an easy job obviously.

Besides a warning by Water, Land and Natural Resources Minister Dr Xavier Jayakumar that there will be a hike, states like Penang, Negri Sembilan and Terengganu have also indicated that, on their part, an increase is indeed on the horizon.

Under the Federal Constitution, matters involving land, forests and water resources (such as rivers and river basins) come under jurisdiction of the respective states in Malaysia.

To add on to the hike – and the probable ensuing backlash – there is an El Nino period predicted in the later part of this year, a weather phenomenon that usually brings with it drought and less rainfall. However, despite these headwinds and grumblings that the government is backtracking on its stand against political appointees in agencies, when it comes to water issues, Santiago isn’t, er, a fish out of water.

Even when he was in the Opposition as DAP’s Klang MP, he has spoken out on various issues related to water, which, ironically, for a tropical country with abundant rainfall, Malaysia may soon find is increasingly scarce.

In fact, many reporters often called Santiago for comments whenever Selangor got hit with water cuts, as he is a trained economist and has previously worked for relevant non-governmental groups such as the Coalition Against Water Privatisation and Monitoring Sustainability of Globalisation Malaysia.

“I have been a water activist for many years, both in Malaysia as well as outside.

“I strongly believe that water is a human right and it should be made affordable to everybody,” he said during a recent one-hour interview at his SPAN office.

In the weeks since his two-year appointment took effect on Nov 1 last year – which was also, coincidentally, his 58th birthday – the three-term Parliamentarian has met close to over 35 stakeholders, and counting, in the industry.

At all these meetings, Santiago is making himself clear on one point: he is breaking with the past. Old hand: File photo from 2012 of Santiago (right) discussing the ‘Water Crisis in Selangor’. With him is then Malaysian Trades Union Congress president Mohd Khalid Atan.

For one, he has vowed to make the commission – set up in 2007 via an Act of Parliament and an amendment to the Constitution – more independent and transparent, and for its regulatory role in the country’s water supply and sewage treatment to be taken more seriously.

Expressing his hope that SPAN will one day enjoy a reputation like that of Britain’s Water Services Regulation Authority, Santiago says in the past, the commission had a tendency to “give out contracts”.

“But that will no longer happen,” he vows, adding that he has also met Dr Xavier to talk about the commission’s independence, to which the minister has agreed.

This, he adds, however, has to be within the confines of the law.

Santiago promises that while both the commission and the ministry will continue to “interface” on water-related issues, other matters, such as licensing, the development of business plans for water operators and concessionaires, and what needs to be done for the conservation of water should now be carried out independently by SPAN.

“The work of a regulator is to ensure that there’s a culture of an acceptance of regulators.

“We should have the discipline, meaning when they (water licensees and operators) see SPAN, they think that SPAN is very rigorous in enforcing rules or regulations and what is required of the operators so that there must be a duty of care,” he points out.

With local domestic users consuming an average of 210 litres per person daily in 2013 – way above the United Nations’ recommendation of between 50 to 100 litres of water per person daily – and the quality of river water being increasingly impacted by logging and unbuffered agricultural and industrial activities along the banks, conservation will also be Santiago’s key priority during his tenure, a fact that he declared upon the announcement of his appointment on Oct 31.

“What we have done is that we have compromised (water) catchment areas. And this is a major problem.

“I think one of the things that the government has to insist, or what SPAN will be insisting on, is that catchment areas should not be compromised across the country,” he says, adding that this will come in addition to other conservation methods, such as having water auditors to assess and advise on efficiency in companies, government departments and even private homes, and pushing for rainwater harvesting as well as conducting public awareness, starting with schools.

“One of the challenges that we have will be to make sure that (water catchment areas) are gazetted for protection and, most importantly, (to) throw the key away.

“Nobody gets hold of the key to degazette,” he says, calling on Malaysians to have a sense of priority.

“And water must be one of the top priorities of any country including Malaysia,” he says.

Santiago points out that although states often argue that they need the revenue from the logging of forests in water catchment areas, many don’t have to “take the easy way out” and should instead explore other opportunities to earn money, such as the development of water sports and nature tourism.

“But actually, water sports, for them, (there’s) more work to do, which they don’t want. This is actually being very lazy and irresponsible,” he says.

All this vital, Santiago feels, in light of scientific research warning of water scarcity across many countries due to climate change, with even the United States and other countries in South-East Asia expected to face water shortages.

Already, states in Malaysia like Melaka, Johor, Negri Sembilan and Penang are considered to be under water stress – as minister Dr Xavier made known recently at a water forum – and despite the Kuala Langat plant in Selangor only having recently gone into operation, it is already chugging away at full capacity.

“If you look at Malaysia, the El Nino impact, we can see how it is getting erratic (and) unpredictable but it’s happening more and more.

“It’s becoming more regular ... but it’s really unpredictable. So that means you really don’t know when it’s going to come and when it’s going to leave – like last year, they said there was going to be one, but we never had that problem,” Santiago says.

“So we need to do it (conserve) now. It cannot be five years from now.”

And without the conservation and protection of water catchment areas from logging and other such detrimental activities, water quality is also of concern to Santiago.

“I think, increasingly, our rivers are becoming more toxic and now, we also have higher levels of exposure to plastics (from illegal plastic recycling plants) and definitely, it compromises the quality of water.

“We need to be aware of this ... (and) be very careful. Because all these are cancer-causing, you know, and something that we need to take seriously,” he says, adding that the lower quality of water also means higher treatment costs by the water operators, which translates into higher operating expenditure – “And one of the reasons why tariffs go up is because of the costs of treatment,” Santiago points out.

While he refuses to get into a debate about whether it is safe to drink water directly from the tap – as Dr Xavier has asserted in the Dewan Rakyat and many other times – Santiago will be working with the Health Ministry to monitor water quality.

Asked if he thinks higher tariffs will help change habits and cut down on water consumption – “some people wash their cars every day” – Santiago surprisingly disagrees, citing the example of the death penalty for not having reduced drug trafficking.

“So why do you assume that increase in prices will actually be a barrier to consumption? I think, basically, it’s has to be the way we manage it (conservation).”

Apart from ensuring that water is affordable and conserved, Santiago is also keen for companies and corporations managing water supply in the states to be financially sustainable by, among others, plugging any leaks, both metaphorically by having in place an open tender system as well as literally, by cutting down nonrevenue water loss through old pipes.

For water supply-involved companies to achieve financial sustainability, Santiago suggests that revenue collected from account holders be “ring-fenced”, which means that these funds go only towards the development of water infrastructure and industry in the states, such as the replacement of old pipes.

At present, states might instead use much of the water revenue collected on constructing other infrastructure, such as roads and buildings, he says.

“So you need to ring-fence it so that money for water only stays with water. Ring-fencing is ... something that we should have done many, many moons ago.”

To achieve the targets that SPAN has set for itself – affordable water, conservation and financial sustainability – Santiago has proposed a scenario-building planning session in either February or March with all the operators and stakeholders.

“(We will) be looking ... at what is it that we want to do in the next two years and how we are going to do it,” he says of the session.

“So in some sense, the work of this office should be considered the topmost priority in the nation.”