Beer promoter who was berated asks for privacy, doesn't want to pursue incident

PETALING JAYA: The beer promoter who was berated by a shopper while conducting beer sampling activities has decided not to pursue the matter, says Carlsberg Malaysia.

In a statement on Wednesday (Nov 21), Calsberg Malaysia said it was saddened by the incident, adding that it respects the promoter's decision and is extending every assistance possible to her while monitoring the situation.

It added that the promoter was merely on-duty to conduct sampling activities to non-Muslim consumers of legal purchasing age in the non-halal area of the hypermarket.

Its managing director Lars Lehmann also said that they were upset at how the promoter was harassed, when she was just doing her job in line with all rules and regulations.

"The harassment she experienced is unacceptable. We are very proud of how she handled the difficult situation and immediately offered support to her, when she reported the incident.

"We would like to stress that our sampling activities are strictly for non-Muslim of legal purchasing age only. While we reserve our rights on this matter, our priority lies with the safety and security of our promoter.

"We respect the promoter's decision not to further pursue the matter. She appreciates the encouraging words and support received from all parties.

"Nonetheless, she urged all parties to respect her privacy by not circulating any images, videos and personal information of her," Lars said.

On Monday (Nov 21), a video clip of a shopper berating a beer promoter for giving out beer samples in the alcohol section of a hypermarket went viral on social media.

In the video, the girl had remained calm even though the shopper scolded her and demanded to know if she was promoting the beer to "anyone", including Muslims.

As the promoter was about to defend herself in English, he criticised her and insisted that she speak in Bahasa Melayu because this is "Bumi Melayu".

The promoter could be heard in the video saying, "You are hilarious."

Beer promoter becomes Malaysian hero for standing up to bully 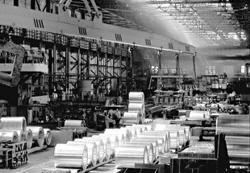