Najib, who was escorted by a motorcade to the courthouse at about 8.18am in a dark blue suit and not handcuffed, was greeted by a chorus of "Allah selamatkan kamu" (God save you) sung by hundreds of supporters who had been waiting for him since 5am.

Pekan Umno youth committee member Hussein Ahmad, who was among the supporters, said they wanted to show their division chief moral support as those from Najib's home base of Pekan knew him better.

"Those of us in Pekan know him better and we feel that the charges against him are baseless and about political revenge," said Hussein, who was carrying a placard that read "Respect civil rights."

"Mohd Nizar had also informed Pekan Umno Youth that there were no issues while Najib spent the night under custody of the Malaysian Anti-Corruption Commission (MACC) so we are grateful for that," added Hussein, who travelled here from Pahang at 9pm Tuesday (July 3) night. 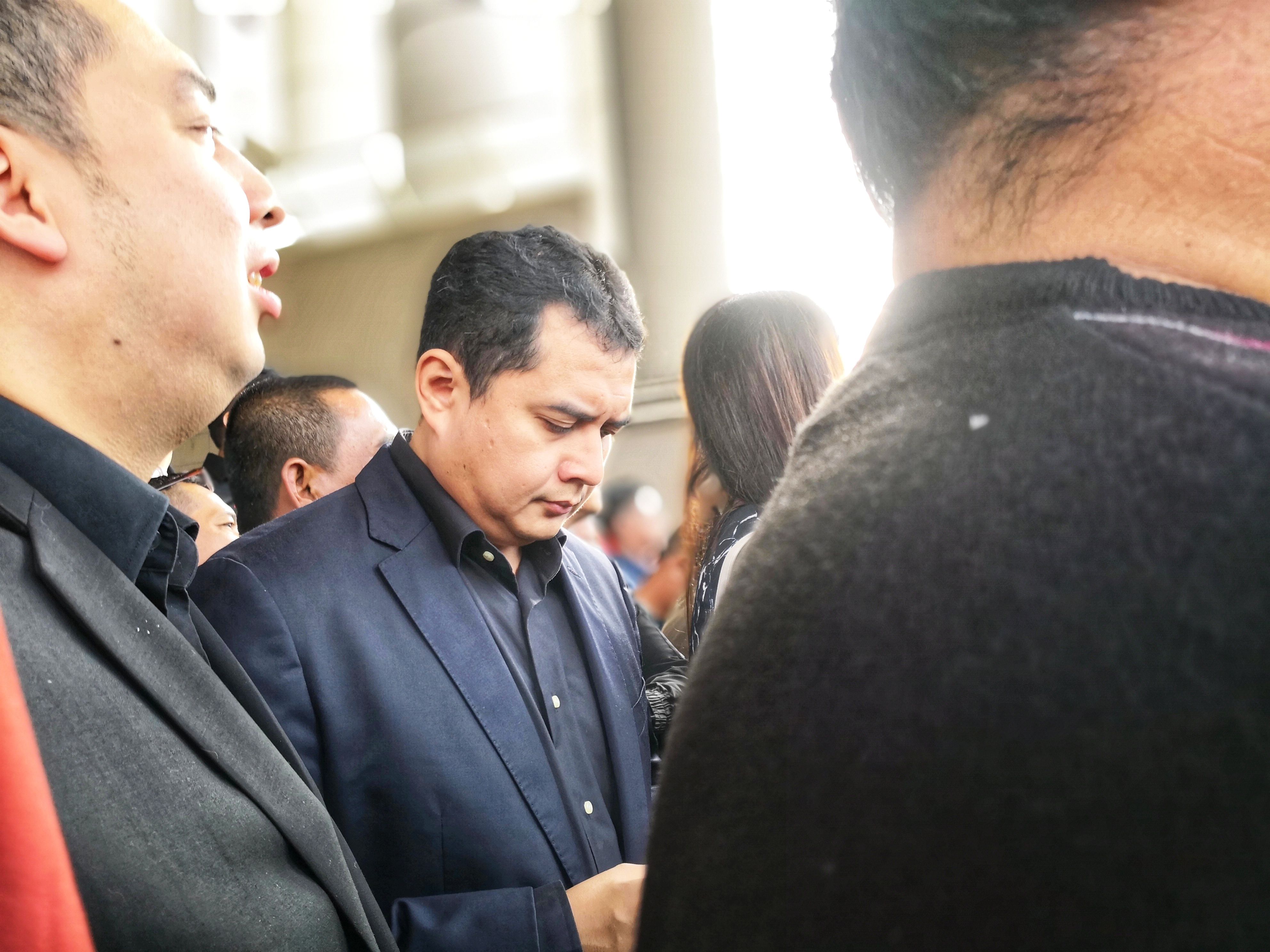 Mohd Nizar (middle, in blue suit) was flanked by supporters and family friends as he waited for his father to arrive at the courthouse. -Starpic

Mohd Nizar, 40, who was surrounded by supporters and those close to Najib's family, declined to speak to the media.

He is one of the children from Najib's first marriage to Tengku Puteri Zainah Tengku Eskandar.

Najib is expected to face multiple charges under the Anti-Money Laundering Act and the Penal Code.