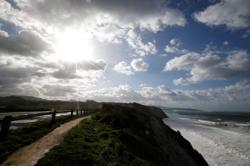 PETALING JAYA: Nobody in the world, says investigative journalist Clare Rewcastle Brown, “not a single expert really”, thought there could be a change of government in Malaysia.

“What has happened here reaches far beyond the borders of this country, and I think Malaysia can become a beacon in this region,” she told The Star in an exclusive interview yesterday.

“You can have an incredibly sophisticated change of government, totally peaceful and mana­ging to hang on to all the rules.

“Congratulations to the people of Malaysia, who have shown the importance of real democracy in a system where people thought you couldn’t change the government because it was so solidified.”

For nearly a decade, Rewcastle Brown has been the figure behind Sarawak Report, an investigative website known for exposing stories of corruption in Malaysia.

The former BBC journalist was even a wanted woman as the Najib administration issued a warrant for her arrest in 2015, citing activities “detrimental to parliamentary democracy”.

On Saturday, a mere 10 days after the defeat of the Barisan Nasional government in the 14th General Election, Rewcastle Brown, 58, found herself touching down at KLIA, relieved to know that the warrant no longer applies and her website has been unblocked.

“I did not want to come rushing down while everyone was having their celebrations ... but there were some things I needed to get done as soon as possible. 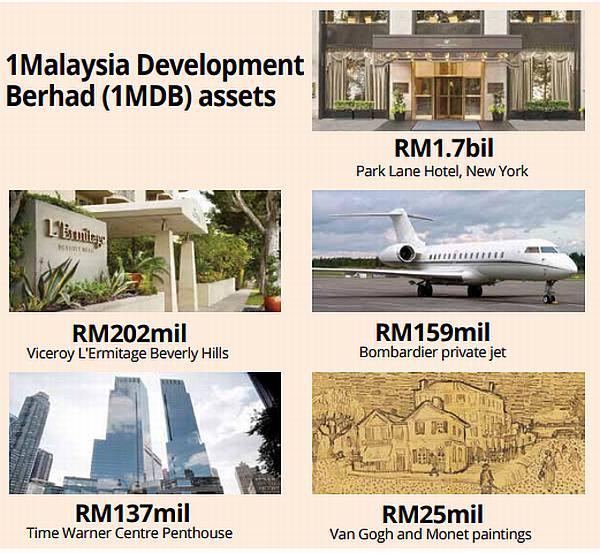 “There are some court cases I’m dealing with and one or two journalistic stories. Where there is a good story, it is hard to keep me away,” she said.

The Sarawak-born Rewcastle Brown is excited about the role her efforts played in exposing voters to alternative news sources beyond the mainstream press.

“I hope it was a useful instrument for getting information to voters, and that was the job I set out to do as a journo.

“I think the election was a complex organic event, in which so many things came together.

“I felt in many ways that the Malaysian media were constrained in covering the sort of things that I was able to do from London, and that’s why I got involved. I felt very invited to do it by the journo community here in Malaysia and many people who read my reports.”

Rewcastle Brown was born in Sarawak and lived in Malaysia for eight years before going to the UK to attend boarding school.

She cites her connection to her birthplace as one reason she was committed to her cause.

“I think it is important where you grew up. You have a sense where your childhood was and who your first friends were.

“Sarawak was such a beautiful place and this is why I’m so passionate to open up some of the issues.

“I felt very conscience-stricken because I spent my entire working life in the west, in the UK, and very few knew where Sarawak was or knew much about Malaysia.

“I felt a responsibility as a journalist and someone who was fairly connected to do my bit to bring these issues to wider recognition.

“I was very relatively safe in London compared to what many brave Malaysians have gone through.

“Many Malaysians felt they would find a better life overseas under the circumstances of how Malaysia was being run. When you meet many of them their heart is still in Malaysia. They were sad exiles. But all that has changed now.”

Rewcastle Brown won’t be returning to Sarawak this trip and it is still unclear whether or not she will be barred from returning to the state, as she was in July 2013.

“I have had no indication that there has been any change in my immigration status in that state.

“As you know they have their own border controls. When I last checked I was on the list.

“In fact I have a certificate from my last attempt when I arrived at the airport with an official stamp. Everyone was very polite about it but it said you’re not allowed in so I have that keepsake at home.

“But I know I wasn’t the only one barred from Sarawak,” she said in reference to some Pakatan Harapan politicians and civil society leaders who have also been denied entry.

She said she also had to be careful when contacting her old friends from Malaysia.

“It got to a stage where my computer was hacked several times and it was a liability to my friends here to be communicating with me.

It has been a difficult road for someone whose reports challenged the might of then ruling Chief Ministers Tan Sri Taib Mahmud in Sarawak and Datuk Seri Musa Aman in Sabah.

However, Rewcastle Brown has no intention of backing down from what she calls a campaign platform.

“I think it’s in vogue these days to feel journos have to be totally objective and should have no opinions of their own and be balanced in that sort of way.

“I don’t think that is truthful. The BBC had a very campaigning mindset in that you openly make a point you stand against racism or anything undesirable. That’s where I come from. I’m not ashamed of being opposed to corruption.”

With the winds of change blowing in Malaysia, she is unsure what role her work may play in the future.

“I think we were all looking at one date, the May 9 election. And this isn’t a business. It is not something I have been doing as a profit-making thing. So I have to think about where I go forward. It has taken a great deal of my life so far and I don’t regret a minute of it.

“I have enjoyed writing the reports and I suspect I will still continue to find stories. But on the other hand I know there are lots of Malaysian journalists who will now be unleashed to compete, and I’m very happy to see that happen too.”

Rooting out corruption – from the bottom

A confidence that was well rewarded 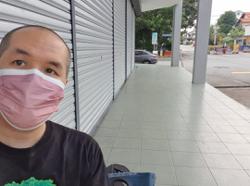