Aimless after being retrenched

Desperate times: Goh, who was retrenched in May, worries about how he will make ends meet if he does not manage to find another job soon.

KUALA LUMPUR: In 2016, almost 40,000 Malaysian employees were retrenched from their jobs, according to data reported to the Labour Department.

As of June this year, 17,798 workers have been retrenched.

These numbers, however, are just the tip of the iceberg.

It is believed that the actual number of Malaysians who lost their jobs during this period is significantly higher, as many small and medium enterprises (SMEs) and micro-enterprises are not aware of the requirement to report lay-offs and retrenchments to the Labour Department.

The data recorded by the department is based mainly on the number of dismissed workers who have sought help from the department in relation to disputes with their former employers, usually to get compensation or unpaid salaries.

One of these thousands of affected workers is 50-year-old Goh Chee Seng, who worked at a cable manufacturing factory in Shah Alam before he was retrenched, along with over 100 other workers and lower management staff.

The company had been riddled with issues and its management changed several times during Goh’s 29-year stint there.

It all went downhill after the workers began getting their salaries late from Sep­tember last year.

“We would receive our salaries about one or two months late, and this went on until February this year.

“We are not well-off and getting our salaries late was already difficult but after February, we did not get our salaries at all for three months,” said Goh, who is the sole breadwinner of his family.

He also takes care of his 86-year-old mother at their home in Kapar.

In May, the company informed the staff that they would be retrenched as new management would be taking over.

“They promised us that our three-month salary would be paid to us by November this year. It was very sudden, but there was nothing we could do about it. We signed the letters and left.

“Suddenly, we were jobless. We had no other source of income coming in every month, no money to put food on the table or pay our bills,” Goh said.

He added that he had no one to turn to for help or who would at least extend temporary financial relief and help him find a new job.

Luckily, as Goh is above 50, he was able to withdraw a portion of his Employees Provident Fund savings in order to make ends meet.

While the money is a great help for now, Goh worries about how long his EPF savings will last and knows that he needs to secure a job as soon as possible.

“Whenever I attend interviews or call a company regarding a job opening, one of the first questions they ask me is ‘How old are you?’

“They think twice about hiring a person of my age. Many of the other staff who lost their jobs are in their 50s as well.

“I am still fit, skilled and able to contribute productively,” he lamented.

Most employers, he added, would prefer to hire foreign workers, especially for jobs in factories, as they are perceived to be more affordable and easily available.

“I am very stressed about my future and how I will continue to care for my family.

“My mother is also very worried about me and keeps asking me when I will return to work,” said Goh.

He is also worried that the stress will affect his elderly mother’s health.

Goh, along with his former colleagues, had sought the help of the Electrical Industry Workers Union under the umbrella of the Malaysian Trades Union Congress (MTUC), which facilitated dialogue sessions with the former employers to ensure that their salaries and compensation would be paid as promised.

But in terms of immediate financial assistance, there is not much help that Goh can get. He also worries that his former employer may not pay his outstanding wages as promised.

There are many others out there like Goh, who are stuck in similar or worse situations after being retrenched from their jobs.

While many companies that retrench their workers do pay out compensations, it often takes months or even years for the funds to be disbursed.

Employment insurance schemes vary from country to country, but many have a system in place that provides temporary financial relief to those who have been retrenched (see graphic).

Short-term assistance for those left vulnerable 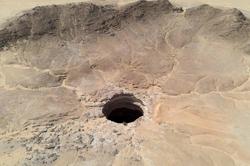 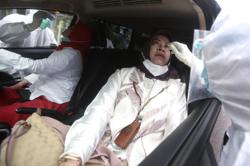