Several top brass engulfed in scandals in the past 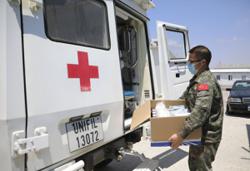 PETALING JAYA: This is not the first scandal to engulf Bank Rakyat, which has encountered several issues involving its top brass in the past.

In 1977, its then bank chairman, the late Datuk Seri Harun Idris, was sentenced to jail for corruption.

Harun, who was also the former Selangor mentri besar, was arrested and charged together with the bank’s managing director Datuk Abu Mansor Basir and general manager Ismail Din.

They were accused of forging minutes of a meeting for the purpose of cheating the bank by pled­ging its stocks to the First National City Bank (now Citibank) to get letters of credit for Tinju Dunia Sdn Bhd to stage the Muhammad Ali vs Joe Bugner fight, causing Bank Rakyat to lose RM7.9mil.

In 1977, the High Court sentenced Harun to six months in jail for forgery and a RM15,000 fine for the abetment of criminal breach of trust.

Abu Mansor was handed a two-year jail sentence while Ismail was sentenced to a year’s imprisonment.

Later in the same year, the Federal Court upheld the conviction and increased Harun’s sentence to four years, describing him as “the principal actor in the drama”.

It also increased Abu Mansor’s jail term to three years but reduced Ismail’s to a day’s jail and a RM10,000 fine.

However, after serving three years, the Yang di-Pertuan Agong pardoned Harun in 1981.

A White Paper that was presented in Parliament in June 1979 revealed that as at December 1975, there was an accumulated loss of RM65mil.

The White Paper, which was based on a report by accounting firm Price Waterhouse & Co, had cited malpractices such as the lack of proper plans and studies for operations and expansion of acti­vities, system weakness and poor control over lending activities and even dishonesty.

Bank Rakyat chairman to be held for seven days 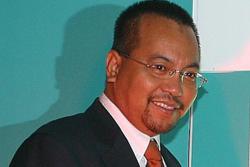