PETALING JAYA: Seek solace beyond air-conditioning in the hot weather, say traditional Chinese medicine (TCM) experts who have many alternatives to cope with the dry spell.

“TCM is all about maintaining balance.

“In this weather, it is easy for the body to get too heaty, in which case you can get a sore throat, fever or mouth ulcers,” said Professor Ng Po Kok, president of the Federation of Chinese Physicians and Acupuncturists Association of Malaysia.

“We advise people to stay indoors, get enough sleep.

“They should also eat more fruits and vegetables and less meat, which is warming. Avoid heavy, fried foods.”

‘Cooling’ foods such as bitter gourd, cucumber and watercress are ‘yin’, and helps to balance the abundance of ‘yang’ energy in this hot weather, Ng said.

“Xia ku cao, or prunella vulgaris, is also boiled in water to make a cooling herbal tea. You can get this at most Chinese herbal tea shops,” he said.

“Or one can buy the herb from Chinese medicine halls and boil it at home.”

Xia ku cao could lower blood pressure and protect the liver, but should be avoided by those with poor gastrointestinal function or rheumatism.

TCM practitioner Heng Aik Teng, who is the secretary of the Malaysian Chinese Medical Association, recommended very lightly-sweetened green (mung) bean soup, for its “excellent effects to counter the heat”.

“You can also boil lotus and pandan leaves with barley for 30 to 40 minutes to make a cooling drink,” he said.

“Barley and pandan have a diuretic effect and should help to cool the body.

“Watermelon is good too, but don’t take too much, as it is also a diuretic, and its cooling effects can cause a stomach ache if it is eaten in excess.

“Too much can also cause lower back pain in elderly people.

“If taking any diuretic, make sure you also drink plenty of water, so as to stay hydrated.”

“Drinking cold liquids may falsely signal the body to reduce sweating, which is a mechanism to reduce heat.

“And drinking alcohol can result in dehydration,” Heng said.

Malaysia is currently experiencing extremely hot weather and reduced rainfall because of the El Nino phenomenon.

It may get too hot for school

Many opt for cooler eating habits in stifling heat 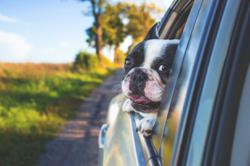 Don't leave your dog in the car in hot weather China Watch Highlights Interesting News And Features From All Sectors

Higher vitamin D levels in 1st year of life could help against obesity in adolescence: study