KUALA LUMPUR: A financial consultant and a car salesman have been charged in court with funding terrorist group Islamic State (IS) through their blog.

The two, Rohaimi Abdul Rahim, 37, and Muhammad Fauzi Misrak, 32, were accused of committing the offence through their blog Revolusi Islam.

They were alleged to have committed the offence at a house in Jalan Raja Ali, in Kampung Baru, here between March 29 and Oct 13.

No plea was recorded, though the men nodded to show they understood the charges.

The offence under Section 130G(c) of the Penal Code is punishable by up to 30 years in prison and a fine. 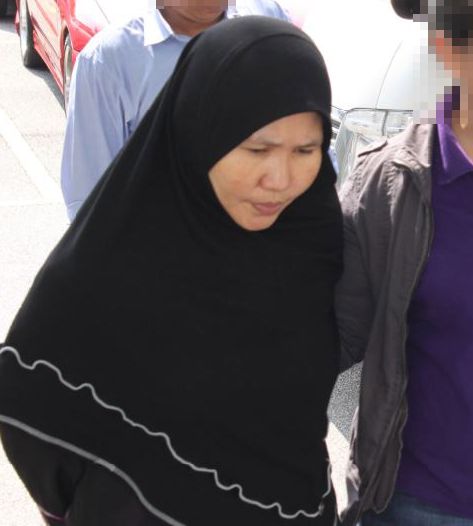 Magistrate Erry Shahriman Nor Aripin did not allow bail, and fixed Dec 19 for mention to transfer the case to the High Court.

Another suspected IS sympathiser was also charged in the Sepang Sessions Court with travelling to Syria to aid the terrorist group’s cause.

Cake store-assistant Mohammad Na’Im Abd Rashid, 26, was accused of attempting to board a Syria-bound Qatar Airway flight that had a layover in Istanbul, Turkey.

The alleged offence was committed at the departure lounge immigration counter in Kuala Lumpur International Airport 2, Sepang, between Dec 28 last year and April 7. The offence under Section 130J of the Penal Code is punishable by up to 30 years prison to life, a fine or confiscation of any assets suspected of being used for terrorist activities.

DPP Iznina Hanim Hashim requested that no bail be given as it was a non-bailable offence, and applied to have the case transfered to the High Court.

Judge Noor Hafizah Mohd Salim, who acted in the capacity of a magistrate as the Sepang Court did not have a magistrate, denied bail and set Dec 15 for mention.

In Shah Alam, four people were charged in two magistrate’s courts for attempting to support IS.

Muhammad Naieem and Amir had allegedly purchased tickets to board a flight from KL International Airport to Istanbul, Turkey with the intention of entering Syria later in an attempt to provide support to IS. They were said to have committed the offence at a restaurant in Section 7 here at about 10.50pm on Oct 13.

In another court before magistrate Ellyana Razali, nursery operator Nazhatulshima Sahak, 44, and restaurant worker Muhammad Fadhil Ibrahim, 24, were accused of a smilar offence at the same time and place.

Amir and Nazhatulshima are husband and wife. No plea was recorded and no bail was allowed. Both courts later fixed Dec 17 for mention.