Shirley Yeh, 56, complained that she was charged over RM50,000 when her mother was recently admitted to a private hospital in the Klang Valley for a month. She underwent a battery of tests and was prescribed a long list of medication by five different specialists who treated her.

“After my mum was discharged, she suffered a seizure and I took her to another hospital. The doctor said the drug dosage she was prescribed was too high. From paying RM500 for her monthly medication, we are now paying less than RM30,” she said.

Yeh herself was nearly subjected to over-treatment when a doctor recommended a hysterectomy to remove her cyst.

“I got a second opinion where the doctor explained that a cure should not be more severe than the ailment. He removed the cyst and the treatment was much cheaper and less painful than if I had done a hyste­rectomy,” she said.

Housewife S. Shalini, 30, said she spent close to RM30,000 on a surgery to remove a cyst and fibroid followed by two MRI scans and countless other tests but was still bleeding and in pain.

“I’ve seen three doctors already and undergone all sorts of tests but my condition has not improved,” she complained.

Mother-of-two Alice Cheah, 36, said the paediatrician who treated her son recommended a slew of tests, claiming that his bones were under-developed.

“After spending thousands of ringgit on tests, I got a second opinion and was told that they were all unnecessary. My son is now doing fine,” she said.

“So-called new technology and drugs which may not be necessary, are ordered. Patients are then slapped with exorbitant bills which will eventually lead to premium increases,” he said, reminding patients to seek clarification and alternative opinions before treatment and to check the hospital bill thoroughly upon discharge.

The British Medical Journal (BMJ) recently launched a “Too Much Medicine” (www.bmj.com/too-much-medicine) campaign, aimed at highlighting the threat posed by overdiagnosis and the waste of resources on unnecessary care.


According to the website, there is growing evidence that many people were over­diagnosed and overtreated for a wide range of conditions, such as prostate and thyroid cancers, asthma, and chronic kidney disease.

Federation of Malaysian Consumers Association (Fomca) CEO Datuk Paul Selva­­raj said over-treatment was a major concern in Malaysia as it was widely practised but extensively denied.

Citing examples, he said over-treatment ranged from calls for unnecessary mammograms to surgery and prescribing drugs for mild hypertension.

“It’s the same for mental illnesses like depression. Instead of trying therapy first, some doctors take the easy way out by prescribing drugs.”

“Instead of eating a balanced diet and exercising regularly, most patients prefer pill-popping,” he said, adding that those with mild hypertension were usually counselled to adopt lifestyle changes.

“However, many don’t listen,” he said, adding that this could result in both doctor and patient deciding to start medication.

He said a lot of over-treatment happened “over-the-counter” when multi-billion ringgit drug industries feed on public fear and kiasu-ness to sell their products.

Doctors’ body does not condone over-treatment 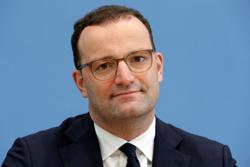 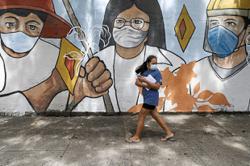