A plump Erra in 'Cinta Kolestrol' 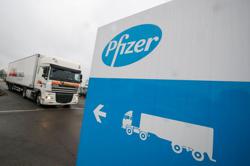 PETALING JAYA: Actress Erra Fazira will be transformed into a plump figure of 150kg in her latest movie, which will start shooting in March.

The trick of enhancing, defining, and altering the former Miss Malaysia's facial and physical features will cost local film company Metrowealth Movies Production about RM200,000 for her leading role in Cinta Kolestrol, about an overweight woman who finds herself in a tight spot when her childhood fiance has second thoughts about marrying her because of her rotund figure. Yusry of KRU will play the male lead in the film.

Responsible for Erra’s transformation is special effects specialist Thomas Deutschmann of Fido Film Private Ltd in Sweden, who will be here from Friday to Feb 10 for the face mould, mask and bodysuit cast testing.

“Erra’s fans will definitely be stimulated by her transformed image. It’s one of the more interesting elements of the movie.

“We decided not to use any computer-generated imagery and chose this advanced evolution of special effects, which has been used in many Hollywood movies before.

“We are exploring this for the first time here,” said Teoh, who was in Sweden to finalise the deal with the special effects specialist.

Cinta Kolestrol, which will cost about RM1.5mil, was scripted by Shukor Mohideen. He also wrote Mami Jarum, which collected RM3.5mil at the box office.

Asked about talks in the industry that Erra was “stolen” from another project, Teoh said:

“It’s all nonsense. Erra has acted for so many producers like Habsah Hassan, Yusof Haslam and Aziz M. Osman.

“What’s wrong if she acts in my films? I offered her a handsome deal and she accepted it. It’s a business deal.”

Apparently, Teoh also invited Erra to be one of the shareholders of the movie, a deal which Erra reportedly found hard to decline. 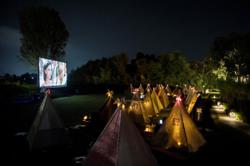