WHENEVER there’s a health crisis, politicians have a tendency to tout simplistic solutions and make knowledge claims to support these solutions, even against the advice of those who know better. In my own scholarly work, I have identified this “simplification of health crisis” as one of the components of medical populism, alongside “dramatisation of responses” and “forging of divisions” between the people and “others” portrayed to be dangerous, infectious, or both.

Aside from downplaying or denying outright the existence of crisis, one common form of this simplification is offering a panacea that can prevent and treat the illness of concern. This is something we’ve seen a lot of during the Covid-19 pandemic, from France’s Emmanuel Macron endorsing hydroxychloroquine to Madagascar’s Andry Rajoelina touting a herbal concoction called Covid-Organics.

What these leaders have in common is that they do not just pick up a MIMS randomly and come up with a random drug to promote. Often, they build on an existing practice that often has some basis, either in alternative medicine or even from materia medica, however weak the evidence to support it is. As Macron’s invocation of the French physician Didier Raoult shows, they also rely on some medical authority, no matter how heterodox. (Few if any politicians would claim to be unscientific, but most politicians misuse, and selectively use, science.)

Second, these instances of what I call “pharmaceutical messianism” involve claims that are difficult to disprove, especially in the public sphere where testimonial evidence speaks louder than randomised control trials. Given that most people will recover from Covid-19 anyway, even Peach Mango Pie can be presented as a cure for Covid-19: Most people will recover after taking it. (Of course, the ever-shrinking pie will not work because it does not have some narrative, scientific or otherwise, behind it. But you get my point.)

Finally, in terms of timing, pharmaceutical messianism often coincides with moments of crisis. Unsurprisingly, in India today, there is a resurgence of much-touted cures, and while the media emphasis has been on dramatic ones like cow dung, I must highlight the fact that often it is politicians who are at the forefront of promoting them.

This brings us to the Philippine example, where, amid a second surge, we see politicians promoting ivermectin, notwithstanding not just the lack of robust evidence for its benefit, but also the existence of evidence that it has no benefit and may even pose potential harm (see Campillo et al. 2021). As in other countries, ivermectin has had its champions within the medical profession. While I do not wish to question the good intentions of these physicians, I hope they realise that their opinions have political implications, and can be (mis)interpreted far beyond the ken of sound medical prudence.

For indeed, regardless of its pharmaceutical efficacy, ivermectin has political efficacy for our politicians: It makes them feel like they are doing something – at a fraction of the effort of doing something meaningful. It’s much easier to distribute ivermectin than to facilitate the rollout of vaccines, even as I must hasten to add that vaccines themselves can be an oversimplification of what it takes to end the pandemic.

Ivermectin, moreover, allows politicians to distance themselves from institutions the public has come to distrust, painting themselves as smarter, more independent, more sensible. In doing so, however, they undermine public health authority, including regulatory processes, and exacerbate mistrust.

Ivermectin, finally, gives politicians free publicity. The anti-parasitic drug may be no cow dung, but promoting it attracts media and public attention, again, for a fraction of the cost of doing meaningful and substantive actions. With this metric alone, we can say that the drug has already worked for them.

Of course, it is entirely possible that pharmaceutical messianism can contribute to the recognition of a drug with actual benefit: Just because a politician is promoting something doesn’t mean it’s as useless as dolomite. However, in light of the current evidence that finds no benefit for ivermectin, even if the drug is proven safe, I believe the vast majority of our doctors are right to be gravely concerned about the consequences of raising false hopes – and detracting attention from long-belated, badly-needed, evidence-based pandemic responses. — Philippine Daily Inquirer/Asia News Network

Gideon Lasco is an anthropologist and a physician based in Manila. 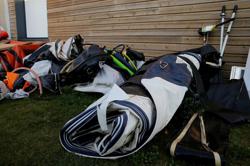