WHILE it is not widely discussed in a conservative society like Malaysia, being at the receiving end of sexual harassment or domestic violence can have a great impact on the mental health of male survivors since most of them suffer in silence, says Malaysian Mental Health Association president and consultant psychiatrist Professor Datuk Dr Andrew Mohanraj.

Anxiety, depression, low self esteem, and poor work performance are common among survivors, says Dr Andrew. One of the causes of distress is societal pressure and stigma, where male survivors often become objects of ridicule as it is seen to be “unmanly” to report such incidents.

“In my clinical experience of treating such victims, men tend to abuse alcohol and illicit substances more than women to cope with the mental health consequences of being sexually harassed. In severe cases, some have also entertained suicidal thoughts and intentions, ” says Dr Andrew. Dr Andrew: 'Police reports made by male victims must be taken seriously.'

A few important steps must be taken both in terms of policy and the way society conducts itself if we are to tackle this issue head on.

“Police reports made by male victims must be taken seriously, especially in cases of domestic violence, without assuming that violence against men does not exist, ” he says.

Dr Andrew adds that companies and organisations must practice a zero tolerance policy on sexual harassment on both sexes and there must be proper procedures in place for reporting without the survivor feeling threatened.

Other men can also play supportive roles and encourage their friends to report instances of harassment, he notes.

Those who do not know where to seek support can turn to the Befrienders.

“It’s never easy for male victims to seek help, as most of them might feel embarrassed or ashamed. But sexual harassment and domestic violence do happen to men too, and very few have stepped forward to talk about it, or even seek the necessary help for it, ” says Befrienders KL publicity director Ardy Ayadali.

“All calls to our hotlines are private and confidential, so you can be rest assured that you can withhold your identity if you wish to. We listen non-judgmentally, and will provide emotional support to anyone calling us, ” he adds.

Befrienders can be contacted via their 24-hour hotline at 03-76272929 or email address sam@befrienders.org.my.

“Do seek help and talk to someone about it. Sometimes, just by talking, it can empower you to step out of the abusive relationship and get proper help.”

Survivors, regardless of gender, can approach the police if they feel they have been subjected to sexual harassment or sexual assault, Bukit Aman Sexual, Women and Child Investigations Division (D11) principal assistant director Asst Comm Siti Kamsiah Hassan reassures.

“Male victims [of sexual harassment and assault] also face a similar situation as female victims. They feel embarrassed to discuss or talk about their experiences when it involves a sexual issue, especially to their family members. There are also victims who fear that their families may not believe them and do not know how to react, especially child victims, ” says Siti Kamsiah.

“My advice is that victims must muster the courage to come forward and lodge a report because their actions will not only help get justice for themselves, but also prevents these criminals from approaching other victims, ” she says.

Those who experienced domestic violence should also make a police report as it involves their personal safety and possibly the safety of other family members, says Siti Kamsiah.

Last year, there were a total of 5,260 reported victims of domestic violence. Of this number, 1,644 were men.

Siti Kamsiah recommends for members of the public to know and save emergency numbers, and the numbers of police stations closest to their homes.

Hidden in the face of stigma 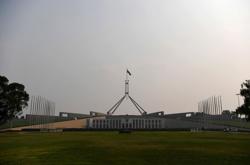