(From left) Muzairi, Wan, Parthiban and Muraly with their commendation letters which they received from Comm Kamarul Zaman. — THOMAS YONG/The Star

NOT everyone would give up a well-paying job to pursue a childhood passion in law enforcement, but that was what S. Parthiban did.

Parthiban, who worked in the IT field in the private sector, gave it all up to follow his heart and join the police force and is now an inspector.

The 36-year-old from Shah Alam, Selangor, who has a degree in software engineering and an MBA, actually took a 50% pay cut to realise his dream nine years ago.

“I have no regrets taking a pay cut to be a policeman as I have always wanted to be a cop,” the father of one boy said after receiving a commendation letter from Johor police chief Comm Datuk Kamarul Zaman Mamat during the top cop’s monthly address to his men in Johor Baru.

Parthiban, who is with the Criminal Investigation Department (CID) at the state police headquarters (IPK), said among the major arrests he took part in recently was nabbing a loan-shark gang that carried out arson attacks and spray painted people’s houses in the state.

“My IT background also helps in my job as these days, criminals are also using technology including social media to carry out their activities,” he said, adding that it was important for police officers to stay ahead of criminals to solve cases.

On the commendation letter, he said this was his third since joining the force and was a good morale booster.

Another recipient, Inspector Wan Jinn Seong, 32, who hails from Port Dickson, Negri Sembilan, has a degree in public relations and an MBA.

His siblings are all businessmen and he is the youngest of five.

“I have been with the police for nine years and have been doing a lot of public awareness programmes on how not to get scammed,” he said, adding that this year alone he had given about 20 talks at banks, resident associations and a university.

Wan, who is from the Commer-cial Crime Investigation Depart-ment at IPK, said the police needed the public’s cooperation and assistance to fight crime.

He credited public cooperation in helping him and his team to bust a syndicate with the arrest of 46 people involved in scams recently.

Another award recipient Sjn R. Muraly, 42, said it was great to be recognised for the work done as a detective.

“I have been with the force for the past 22 years and 14 of which have been spent being a detective,” he said, adding that among his notable cases was solving the murder of a five-year-old boy in Iskandar Puteri in 2015.

“It took my partner and me 12 days to get a drug addict talking and later we recovered the boy’s skull in a plantation,” he said, adding that he was recognised for his detective work and received an excellent service award.

Muraly, who hails from Bahau, Negri Sembilan and is based in the CID in IPK Johor, said it had always been a childhood dream to become a policeman.

He hopes to further his career by applying for officer’s training next.

For Sub-Inspector Muzairi Ahmad, 59, who also received a commendation letter, being in the police force for the past 41 years has been an exciting experience.

“I am going to retire in the next three months and look forward to taking a break.

“You need a lot of patience being a policeman as you are constantly on call,” he said, adding that he would always treasure his time with the force.

Muzairi, from Penang, is the deputy chief of the Senai airport police.

Comm Kamarul Zaman, in his speech, commended all the recipients and urged them to continue doing their best with full commitment and integrity.

“While we (Johor police) have achieved many successes, it is important for us not to be content with our achievements but instead strive to improve our shortcomings to provide the best service to the community,” he said. 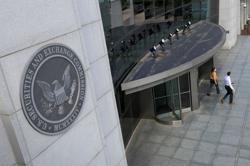