Cleaners say they have difficulty keeping up with litterbugs and monkeys. – Photos: AZLINA ABDULLAH/The Star

DESPITE being listed as a tourism attraction in the Visit Selangor campaign, Templer Forest Park in Rawang is not being given the attention it deserves, according to visitors.

They say many of the facilities at the 68-year-old park, named after former British High Commissioner to Malaya Sir Gerard Templer, have fallen into a state of disrepair.

The grounds are also littered with rubbish during weekends and public holidays.

Visitors are calling for stricter enforcement against litterbugs as well as more signage to educate the public on proper waste disposal practices.

Describing the rubbish scattered around the picnic grounds as an eyesore, visitor Jenny Lee said that it was upsetting that no authority was present to ensure visitors cleaned up after themselves.

The 54-year-old housewife, who had visited the park with friends for the first time on Sept 4, said she saw picnickers littering.

“Enforcement officers must patrol the area to warn litterbugs. If they persist, fines must be issued.

“Signboards to educate the public on cleanliness must be put up.

“Thought must also be put into the designs of dustbins which should be monkey-proof,” said Lee.

The 42-year-old father of three said female visitors needed a place to change after bathing in the river.

“As a father, it would be a relief knowing that my daughters were safe from prying eyes.

“Having functioning public toilets is important as without them visitors have no choice but to relieve themselves in the river.

“This isn’t hygienic, especially for picnickers,” he said.

Another visitor, Ngiam Tee Yang, 56, has raised concerns over safety at one of the picnic spots.

“One area is located near a slope where a gabion wall has been built.

“Though the rocks at the lower part are secured by wire mesh, those at the upper part of the slope are not,” he said.

Should these rocks roll down-wards into the stream below, they might seriously injure bathers, he added.

Selayang Municipal Council (MPS), the local authority responsible for the upkeep of the park, has affirmed that the litter problem has worsened.

“We are fully aware that the park is a major tourist draw.

“A cleaning contractor is commissioned to carry out daily maintenance and cleaning,” said MPS in a statement.

The municipal council said it would be dispatching its enforce-ment team to patrol the park.

Those found littering will be charged under the by-laws and fined up to RM1,000.

Banners to warn litterbugs of impending fines will be put up within two weeks at 10 locations around the park, MPS added.

During a visit by StarMetro, a cleaner revealed that he and his three colleagues were finding it difficult to keep up with the litterbugs and monkeys.

“But we have no authority to act against vandals who leave graffiti and damage facilities.

“If you look at the public toilets, all the doors are missing,” he said.

“We have tried tying the lids and fastening them to trees so that the dustbins would not be toppled over by the monkeys but they have learned how to untie the ropes.

The cleaner said visitors who fed the monkeys would leave banana peels and food packaging behind.

The monkeys have also damaged a public toilet roof by pulling away the wooden boards, he added.

MPS said that it would come up with a sustainable solution.

“These issues will be resolved by the end of this year,” said MPS in the statement. 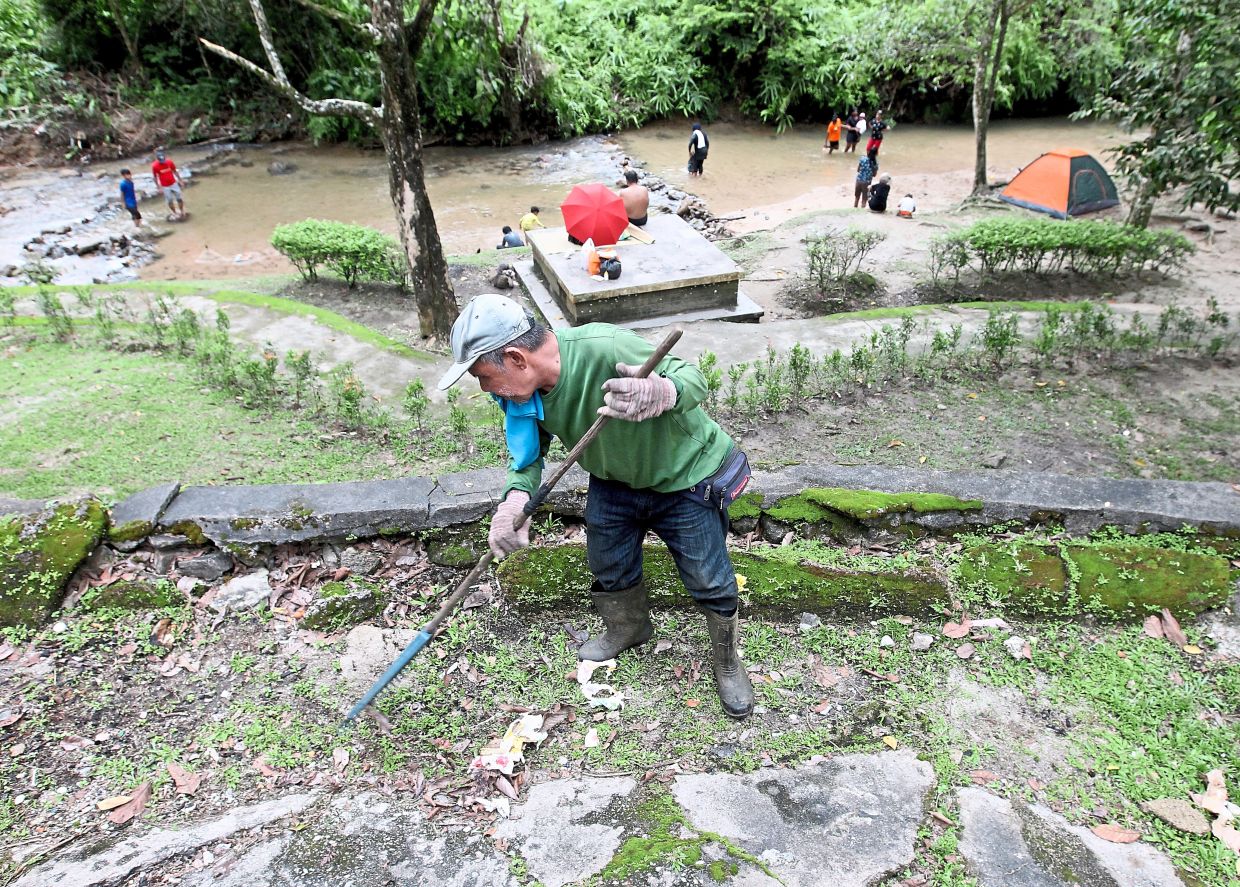 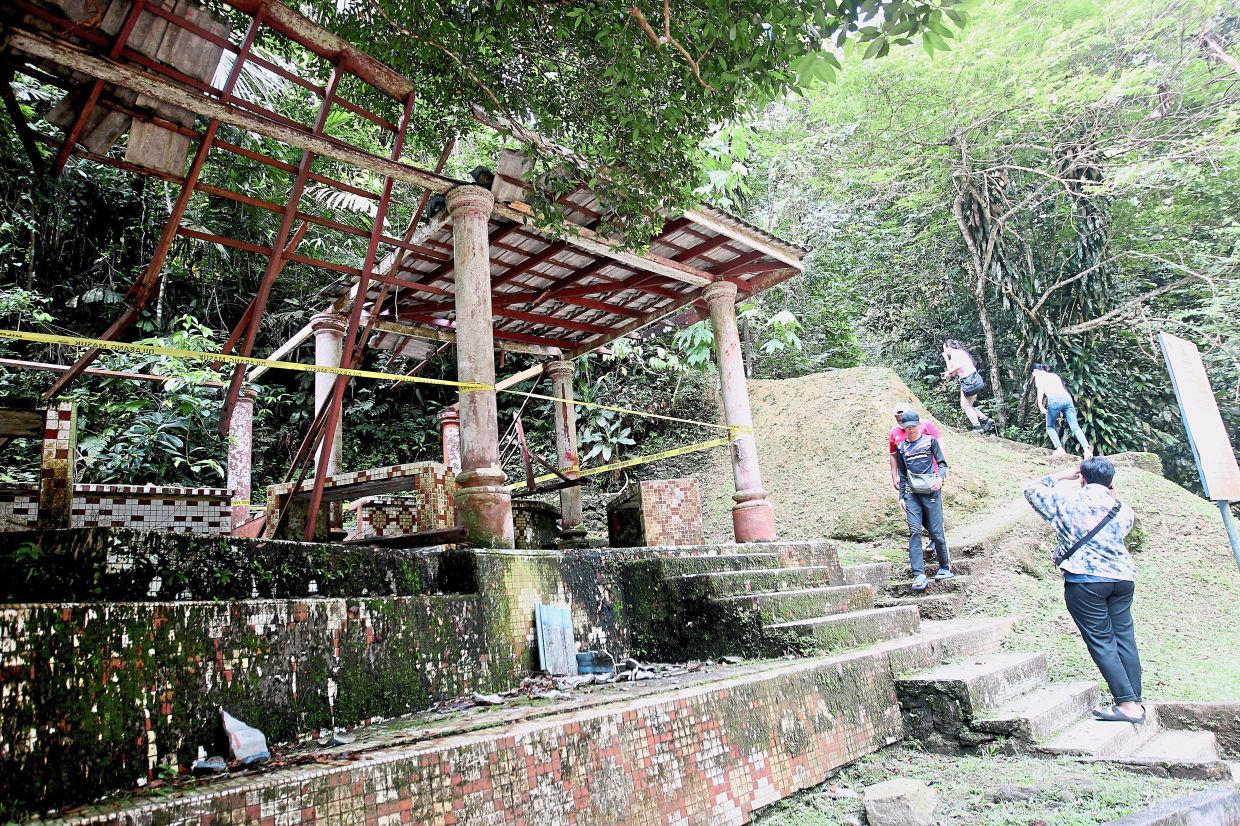 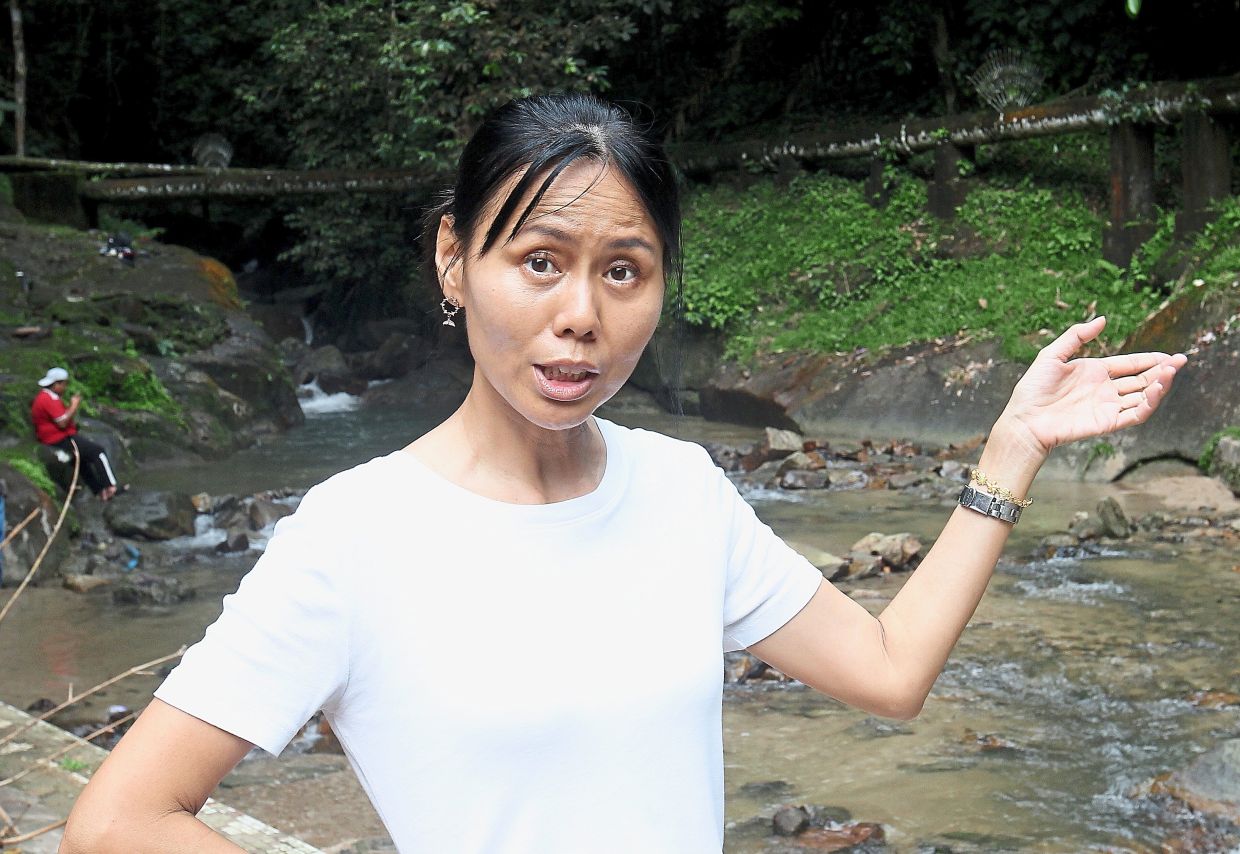 Cleaners say they have difficulty keeping up with litterbugs and monkeys. – Photos: AZLINA ABDULLAH/The Star

A roofless gazebo denies visitors from using this facility at the park.

Lee says it’s upsetting that no one ensures visitors clean up after themselves.