IF you have any suspicion that your neighbour’s home renovations may have deviated from the original building plan, you have the right to inspect the plan.

Kuala Lumpur City Hall (DBKL) Building Control Department director Norizan Sulaiman said that while the local authority had introduced new guidelines on renovations in 2015 to give residents more flexibility in renovating their homes, many had been going overboard with their extensions.

ALSO READ: Hammering home the need to speed up work 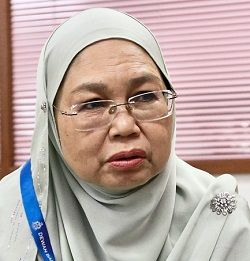 Norizan: Anything that goes beyond their front and back gates is illegal.

Some of the extensions even pose a danger to their immediate neighbours.

“We have seen so many cases where professionals come up with an approved plan but the homeowner will get his contractor to carry out renovations beyond the legal limit,” said Norizan.

“So if you suspect that your neighbour’s renovation has gone beyond the limit, you can come to our office at DBKL Menara 2 in Jalan Raja Laut and request to see the renovation plan.

“You can bring along a professional architect or engineer to view the plan, but you cannot take a copy of the plan,” she said.

There are no charges to view the plan.

Norizan said the community, through their respective residents associations, could play a part in monitoring illegal extensions in their neighbourhood and reporting any transgressions to DBKL.

She highlighted cases of double- storey house owners who extended their homes by illegally adding third and fourth floors.

It is also common to see stratified homeowners renovating their ground floor units beyond their parcel area.

ALSO READ: Owners may pay up to RM20,000 for removal of illegal extensions by council 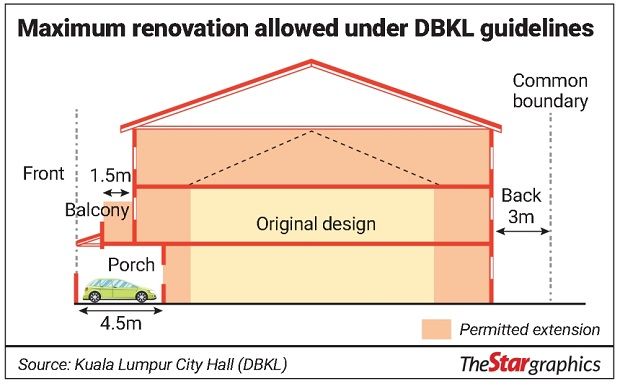 “The guidelines are clear for flats, condominiums, terrace houses, bungalows and even commercial properties like restaurants and factories.

“Anything that goes beyond their front and back gates is illegal, and I advise people to inform us when they come across such transgressions,’’ said Norizan.

“We had many people who were suspicious of their neighbour’s home extensions and requested to look at the plans. Some of these extensions encroach on public land.

“We encourage the public to become DBKL’s eyes and ears.”

She said architects who found that their plans were not being followed by clients, could also report the matter to DBKL. Renovation work that has gone beyond the house’s boundary. — Filepic

“There are some illegal renovation works that have caused substantial damage to the city.

“For example, when illegal structures cover up public drains, rubbish is trapped inside.

“This leads to flash floods which bring losses to both the city and affected residents,” she emphasised.

“In some areas, outbreak of diseases like dengue and chikungunya have occurred due to stagnant water trapped in drains.” 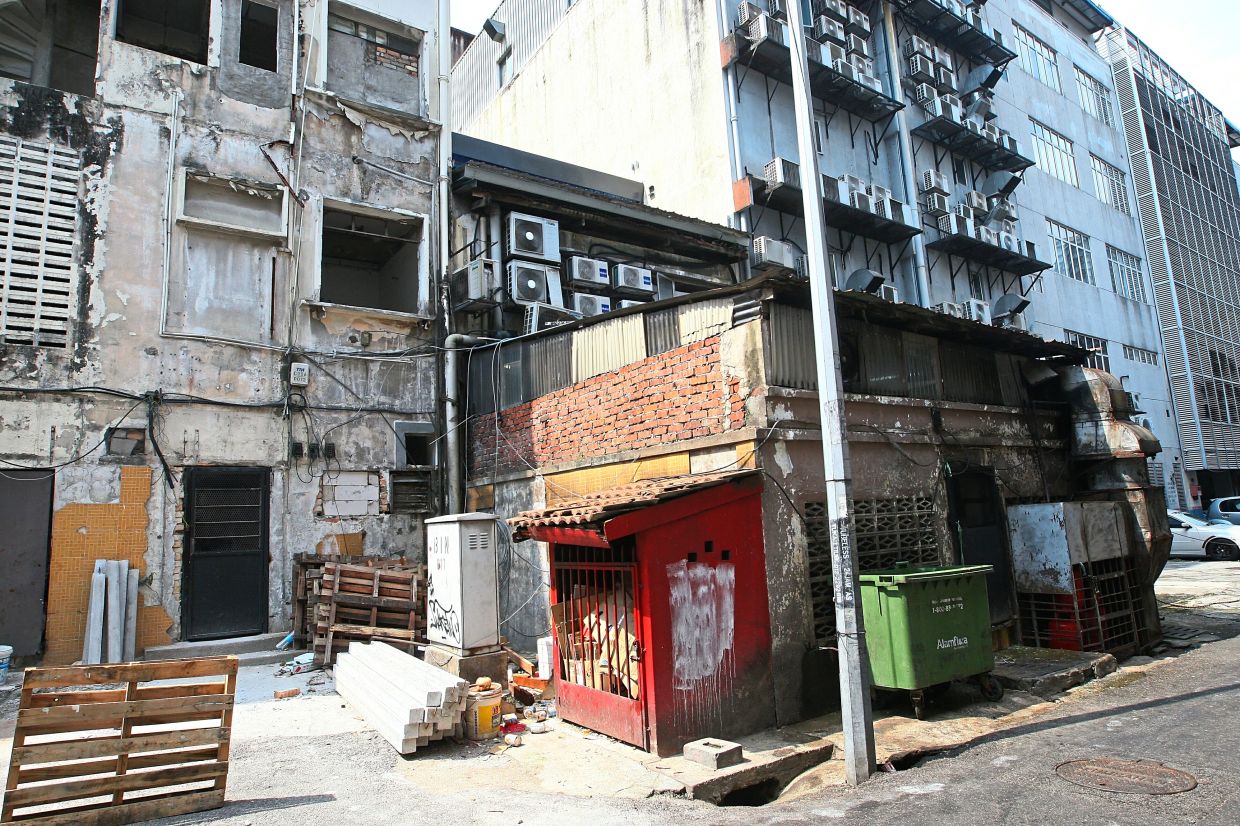 Building a structure over drains is not permitted in Kuala Lumpur.

Norizan said in Malaysia, with some minor exceptions, there was a standard guideline on renovations for all local authorities to follow when approving building plans through the Housing and Local Government Ministry’s One-Stop Centre (OSC 3.0).

In the case of stratified units, especially low-cost housing, DBKL had carried out numerous operations to tear down structures that were almost completed.

“Joint management bodies (JMBs) and management corporations (MCs) have to ensure that a strict monitoring system is in place to prevent flats owners from carrying out illegal extensions,” said Norizan.

“Kuala Lumpur residents who are facing problems with their neighbour’s renovations can bring up the issue with DBKL’s Commissioner of Buildings (CoB).”

She said there were some cases of house owners who had carried out extensive illegal renovations that were 50% completed and refused to demolish the structures when they got caught.

“Some have even taken us to court.

“This is a tedious process but they will eventually have to demolish their illegal structures.

“My advice to these house owners is that going to court is not worth it,” she said. 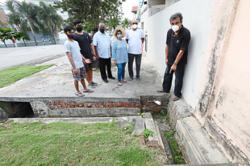 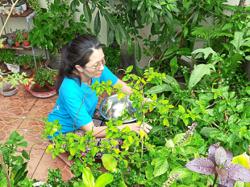