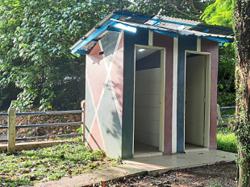 JOGGERS and residents living near the Astaka Sports Complex field in Petaling Jaya were left speechless upon seeing its filthy condition on Monday (June 27) morning.

Most parts of the sports complex and field were strewn with rubbish left behind by people who attended the community football tournament organised by Petaling Jaya City Council (MBPJ) on Saturday (June 25).

Lawyer Harbans Kaur chided the council for not carrying out stricter enforcement on litterbugs.

“MBPJ should do its job by making sure the people who use public amenities leave the place clean after they leave.

“Perhaps MBPJ can collect a deposit every time people use the field, and forfeit the deposit if they don’t clean up their mess.

“I feel sorry for the cleaners and sweepers who have to break their backs clearing the massive amount of rubbish.

“Our society has to be more conscientious in protecting public amenities. This sort of behaviour is worse than animals.

“They weren't bothered to pick up after themselves, throwing polystyrene containers and drink packaging on the pavement and walkways.

“This is shameful and disrespectful,” she told StarMetro.

Manager Renuga Ranganathan, who walks at the field three to four times a week, said this sort of littering was a shameful sight.

“This field is for the public to use, and it is so irresponsible of outsiders to come here and make a mess in our backyard.

“People should be more civic-minded in this day and age,” she said.

Another issue concerning people in the area is the dangerous gaping hole on the walkway on the side of the sports field that runs along the back of the Spastic Children’s Association of Selangor and Federal Territory building.

In June last year, a huge tree uprooted during a thunderstorm and damaged part of the walkway, with broken brick tiles strewn about and a big slab of cement blocking the path.

While the city council cleared the debris, the hole has been there ever since the incident.

Lorong Utara resident Syed Izzuddin Syed Ahmad said this could be dangerous as the spot was uneven and joggers could lose their footing and fall.

The remnants of the uprooted tree have been left in the grassy area.

“I don’t understand why the city council cannot clear this and do a proper job with the walkway.

“This is really disappointing,” he said.

StarMetro has reached out to MBPJ, which has yet to reply. 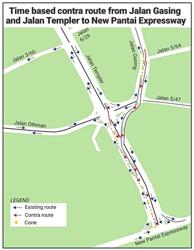 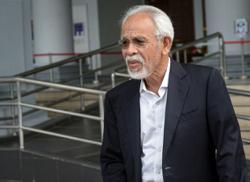