VISITORS to Bangunan Choo Cheng Kay (BCCK) in the heart of Kuala Lumpur are unlikely to imagine that this building once had a sordid past.

First-time visitors to the block named “City View” would most probably be shown the “Gossip Corner”, a popular gathering space in the evenings.

It is a cosy niche with benches located just beside the guardhouse, with a shrine and mini koi pond.

The next location which building manager Fahmi Chee, 63, is likely to show is the “Lepak Corner”.

This deck is surrounded by ornamental plants where residents can sit and enjoy a view of the new cafes located in the townhouses opposite BCCK.

Around the apartment block are more little niches where residents can sit and chat.

There is also a community garden here.

It was started by resident Yvonne Chua, 63, who had volunteered to head the beautification and landscaping division for the management committee.

Among the edible plants she has cultivated are bird’s eye chillies and basil, using an upcycled bathtub as a planter’s box.

But life at BCCK has not always been this tranquil.

A vice den before

Chiew Chun Kwok, who moved here in 1995, recalls a time when call girls and their clients could be seen going in and out of the apartment blocks.

“These activities can be traced back to the 1960s when BCCK was built. They were prevalent until the early 2000s.

“These vice dens were rented from unit owners who either did not care or were unaware that their properties were being used for prostitution.

“One reason why they might have turned a blind eye was because the rental offered was more than four times the market rate at that time,” said Chiew.

That their address had such a seedy reputation caused residents much discomfort.

Former management corporation (MC) chairman and resident Kiang Hsiang Ann, 66, who was then teaching at a nearby accountancy school, recalled how he would often go home to have lunch with his wife.

To his chagrin, when he once hailed a taxi, the driver asked him if he was going to BCCK to seek the services of a prostitute.

Other residents also complained their wives were given strange looks by taxi drivers or passersby when they were seen entering the BCCK premises.

At first, residents reacted by locking the door and keeping to themselves.

But they soon realised that turning their backs to the problem was not going to make it go away.

The illegal activities were also giving rise to other problems.

Families moved out and in their place came undesirable tenants, some who even urinated in the lifts.

One resident told of how an intoxicated person blew smoke into his face in the lift.

The awnings at the airwell were also littered with cigarette butts, sanitary pads, used diapers and food waste, callously thrown out of windows from tenants living on the upper floors.

Fights, involving shootings and stabbings, were reported at BCCK too.

The opportunity for change came when the Strata Titles Act was implemented at BCCK in December 1996.

Property owners were then able to form committees to oversee management of their living space.

The BCCK apartments are divided into two blocks, each consisting of two towers: City View and Merdeka View.

Each block comprises 144 units and two penthouses. When the Act was implemented, each block came under different management corporations.

“When we first started, no one knew what to do or how to go about things.

“But we managed to lay the groundwork for the functioning of the City View Management Corporation,” said Chiew, who became its first chairman.

The first item on the agenda was to improve living conditions, as the degenerating state of the building’s facilities and other safety concerns were causing the value of the property to depreciate.

To deal with the vice problem, the MC turned to the police.

The MC said then Dang Wangi district police chief ACP Hadi Ho Abdullah, who retired in 2014 as Federal CID director, played a pivotal role in ridding the area of such activities.

“Without the police, nothing could have been done,” said Chiew.

The MC also hired a former police officer to be their apartment manager. He worked closely with law enforcers and helped keep pimps at bay. He retired only after the last pimp had moved out.

Subsequent MC committees also upgraded the security system to include CCTV cameras at common areas like lifts, and an electronically automated control system for vehicles entering the grounds.

This put an effective stop to the unchecked movement of strangers in and out of the residential building.

To tackle the rubbish issue, committee members took to staking out the airwell. Litterbugs who were caught in the act were told off.

To uplift morale, subsequent MC chairmen and their committees, raised funds to replace all four lifts, give the City View apartment block a new coat of paint and carry out decorative works.

The present MC committee is headed by Chong Voon Kean, 66. He revealed that the initial part of the rehabilitation cost around RM1mil.

A collection drive was carried out and unit owners paid RM3,500 each. The balance was paid using the sinking fund.

This was spent on upgrading works for a new guardroom and corners for rest and relaxation, which included a reflexology path and a flight of stairs up a slope behind the building.

To improve the building’s entrance, the MC sought the help of Kuala Lumpur City Hall to relocate several stalls that were operating there.

Minutes from annual general meetings stated that the move was necessary as the food stalls’ activities had led to a rat infestation problem.

The stalls, which were issued with annual renewable temporary licences, were given notice that their licences would not be renewed.

The building also had pythons that nested within the retaining wall in the property. The Fire and Rescue Services Department had to be called on several occasions to catch the reptiles.

The upgrade process also saw the need to educate residents not to hang laundry over their balconies as it ruined the appearance of the building’s façade.

Overall, it took 10 years for the MC to spruce up the apartment and shed its reputation as a vice den.

Despite its past, BCCK has historical appeal that gives the building character.

The MC also revealed that one of the penthouses had been renovated to be used as a mini casino. But the plan was stopped, thanks to residents’ efforts to rehabilitate BCCK.

“I had visited the penthouse in 1970. The decor was very plush. It had wall-to-wall carpeting and included a palatial stairway leading to the second floor. I heard that it is now being offered for sale at a very low price but it requires major renovations,” recalled Chiew.

Next to the lift on the 12th floor in one the blocks is a wall that residents dubbed the “Lipstick Wall” because it was marked by hundreds of lipstick marks left behind by call girls.

The marks were, however, painted over during the beautification process. 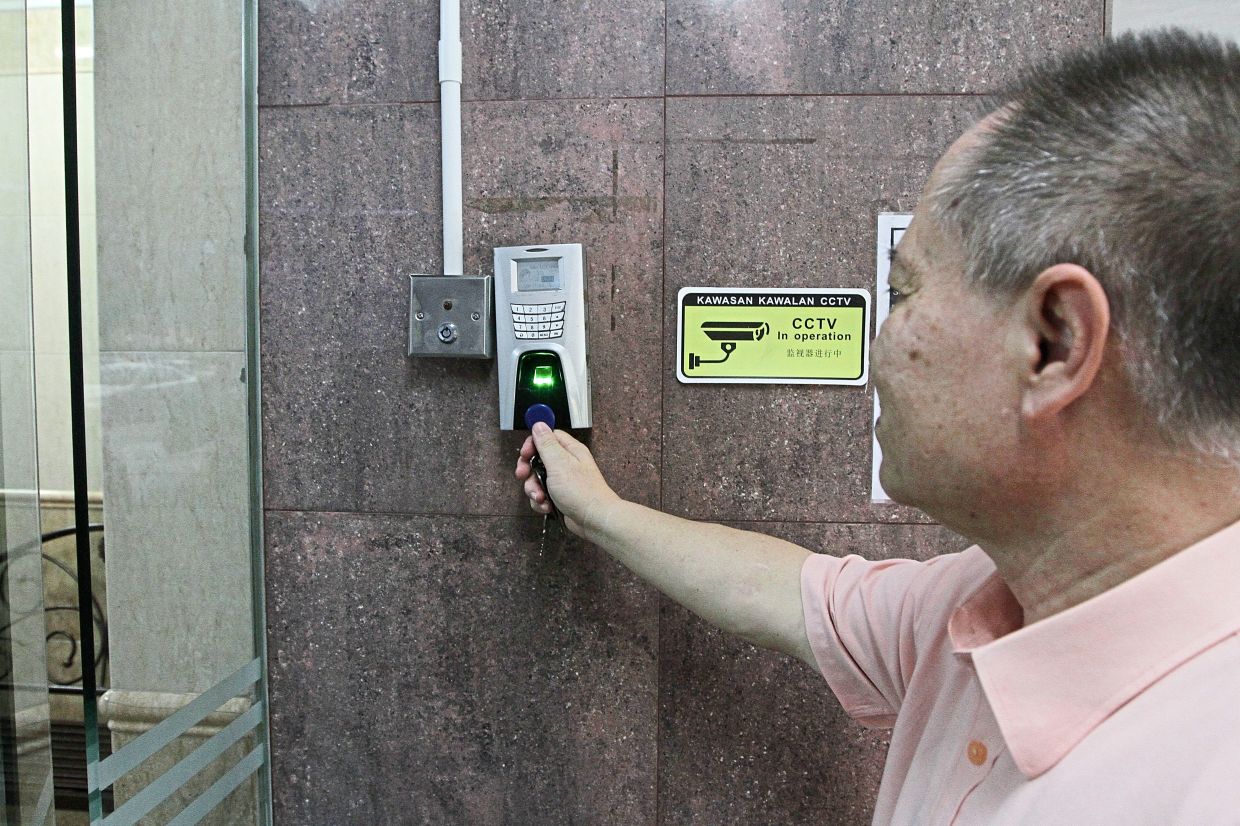 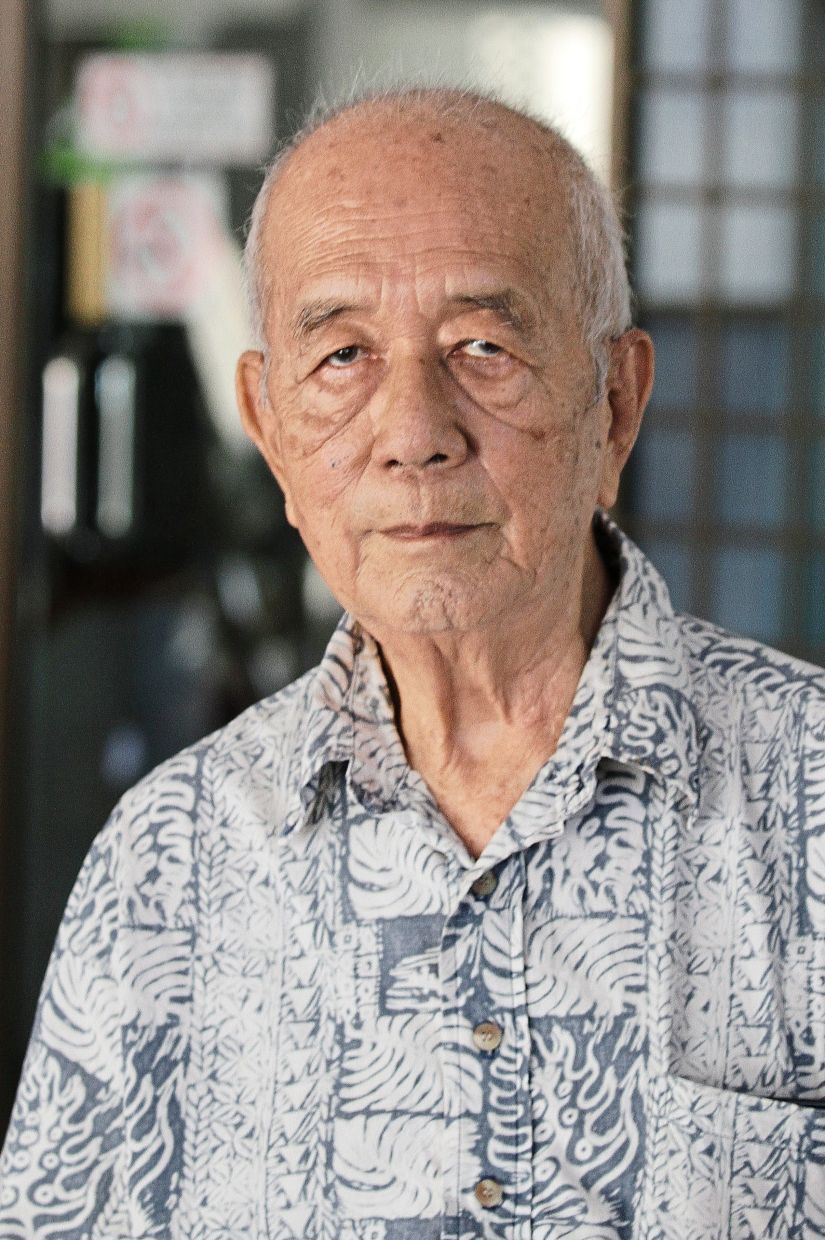 Chee showing the biometric system that stopped the movement of strangers in and out of the residential building.

Kiang says residents realised that ignoring the problem was not going to make it go away.

The apartment block has niches where residents can sit and interact.

Chiew says he is proud that the residents had come together to turn around the building into a respectable residence.

Chua led the beautification and landscaping division to improve the residents' living space.

The ‘Lepak Corner’ deck is part of the beautification efforts carried out to upgrade living conditions at the Choo Cheng Kay building.

Chiew and his wife, Minna, in their spacious apartment.

During the mid-1990s and early 2000s, errant tenants habitually threw rubbish out of their kitchen windows.— Photos courtesy of the block’s MC

Previously, roadside stalls operating near the building entrance made the area very congested and caused hygiene and safety issues.