The 10 members of the team who will scale Mount Everest.

AFTER almost three years, the mission to conquer the world’s highest peak of Mount Everest (8,849m) is now back on track with 10 Malaysian climbers of various races, religions and backgrounds participating.

The mission will also for the first time be anchored by uniformed unit personnel as it aims to bring the spirit of goodwill and unity to the world stage, as well as inculcate the aspirations of the Malaysian Family concept among the people.

Led by 33-year-old Azim Afif Ishak, who is the Altitude Exploration Club president, the team will depart for Nepal next month for the 63-day mission. The most challenging part is making the ascent during the fasting month in April.

In 2016, Azim conquered the summit of Mount Everest via the Tibetan route. This time however, the mission is a test for him to scale the summit via Nepal.

His two previous attempts to conquer Mount Everest through Nepal had failed — due to avalanches on Everest in 2014 and an earthquake that struck Nepal while his team was preparing for the climb in April 2015.

“The mission this time is not only about me but also the cooperation of a variety of climbers who will bring the spirit of unity and harmony to the top of the world,” he said after a ceremony to introduce the climbers for the 2022 Malaysia Everest Mission in Putrajaya.

Azim said if the mission was successful this time, Malaysia would have 29 people conquering Mount Everest.

He said that for the first time, the whole mission would be recorded and made into a documentary, which would also give a leg-up to the country’s film industry.Another unique feature of the mission will be the involvement of uniformed unit members from the Civil Defence Force (APM) and VAT 69 of the Royal Malaysia Police (PDRM) as well as a member of the disabled community.

Thirty-two-year-old Muhammad Hawari Hashim, who is deaf, will be the first disabled Malaysian to set foot atop the world if he succeeds in reaching the summit.

He had previously reached the Annapurna Base Camp at an altitude of 4,130m above sea level last August. 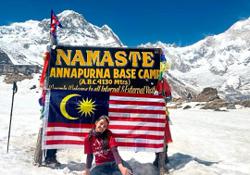 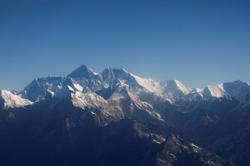