Travellers at the Larkin Sentral Bus Terminal in Johor Baru.

IN THE first week of the implementation of the land Vaccinated Travel Lane (VTL-Land), more than 11,000 people used the scheme to cross the Malaysia-Singapore border via the Causeway.

“In the first seven days, there were 3,108 travellers going from Larkin Sentral Bus and Public Transportation Terminal in Johor Baru to Queen Street Terminal in Singapore.

Mohd Solihan, however, said the number of travellers coming into Malaysia through the Causeway outweighed those going into Singapore.

He revealed that within the same period, 8,855 individuals from Singapore had arrived in Malaysia since the travel scheme started on Nov 29. “But in the last three days, the number of travellers arriving in Johor Baru hit the quota set by both the Malaysia and Singapore governments, which is 1,440 travellers each way,” he added.

The VTL-Land scheme is currently limited to bus transportation.

Other modes of land transportation will be included in stages, with the daily quota of travellers to be increased weekly.

Travellers allowed to take part in this scheme are Malaysian and Singaporean citizens and permanent residents as well as holders of Long-Term Passes for both Malaysia and Singapore.

Handal Indah and Transtar Travel are the two bus companies authorised under the bilateral arrangement to ferry passengers across the Causeway.

Under the VTL scheme, fully vaccinated travellers can travel between Singapore and Malaysia but are subject to Covid-19 tests in lieu of serving quarantine or a stay-home notice.

It was recently reported that Health Minister Khairy Jamaluddin said travellers using the Malaysia-Singapore VTL, by air or land, were required to do a Covid-19 self-test on the third and seventh day after their arrival.

He also said the results would have to be reported through the MySejahtera app.

The creation of VTLs between countries that had reported transmission of Omicron or are on the ministry’s temporary travel ban would also be postponed, he added. 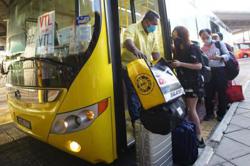 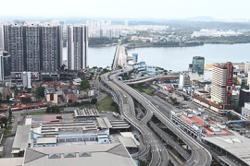