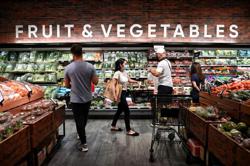 The economic ties between Johor and Singapore is traceable to the early 19th century, a local historian says.

“Johor’s economic relationship with Singapore goes way back, following the fall of the Melaka Sultanate and emergence of the island as a major port.

“During the reign of the late Sultan Sir Abu Bakar, who is the Father of Modern Johor, between 1886 and 1895, the state’s economy relied on gambier and pepper.

“The two commodities as well as rubber were sought after by countries in Europe besides China.

“Once Singapore had positioned itself as an important port, Johor was able to export these commodities to every corner of the world,” he added.

He said small boats were relied on to ferry the goods across the Johor Straits.

He noted this eventually resulted in congestion at the straits, causing logistical problems for Johor’s export of the commodities to Singapore, as demand increased.

In 1917, he said the British proposed the building of a causeway connecting Johor Baru and Singapore to facilitate land travel.

It was approved two years later.

The Causeway’s construction was completed and opened up for travellers and ferrying of goods in 1924, said Kassim.

“At the time, a suggestion was made to Johor’s second ruler, Sultan Sir Ibrahim ibni Sultan Sir Abu Bakar for toll collection at the Causeway.

“However, Sultan Ibrahim famously decreed that his rakyat should not be burdened,” he said.

Kassim said the Causeway helped make Johor accessible to many foreign investors and strengthened the economy.

He said that even back then, foreign investors living in Singapore would invest in Johor because of its proximity to the major port.

This demonstrated the economic interdependence that Johor and Singapore had shared over the centuries, he added.

He said a digital business presence helped cushion against the devastating impact of Covid-19 that resulted in the border closure.

The reopening of the border, he said, would benefit businesses, especially those in the service sector such as the hotel industry.

However, Nanthakumar said the emergence of Covid-19 Omicron variant had stirred concern among investors and the public.

He said it was good that both Malaysia and Singapore were taking proactive measures such as imposing stricter protocols for VTL travellers since the new variant was detected.

He added that keeping the border between both countries open would boost investor confidence. 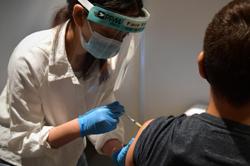 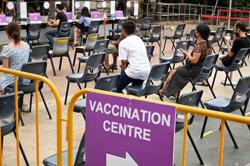