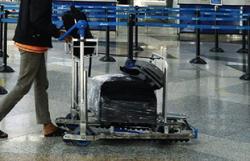 CULTURE and nature remain Penang’s main pillars of tourism and the state will continue promoting them when international tourists return.

They are Penang Hill as a Unesco Biosphere Reserve and George Town as a Unesco World Heritage Site.

“Both listings will be our strength to compete with others.

“For a truly Penang experience, we will focus on culture and nature as main pillars for promotion,” he told reporters at a recent event in Gat Lebuh China, George Town.

Yeoh added that the state would continue to diversify its rich cultural and natural attractions such as the Peacock Echo Park next to Prai River in Taman Kimsar, Butterworth.

The new attraction is almost completed and expected to open to visitors soon.

Yeoh said the tourism sector was eager and ready to welcome international tourists by next year.

“International tourism is not only important to Penang but also for the country.

“To sustain the sector in the long term, we need international tourists to come back.

“So far, most tourism players in Penang are ready and in need of international tourists as they are known to spend more due to currency exchange and various factors.

“Before the pandemic, international tourists contributed over 60% of revenue to our tourism sector,” he said.

Meanwhile, Yeoh said the state expected the domestic tourism sector to remain busy until the end of the year.

“International tourists will come in gradually.

“With their higher value spending power, we look forward to their arrival.

“They will give the industry a boost,” he said. Yeoh (right) listening to the views of a souvenir trader during a recent visit to popular Armenian Street.

Work going on at an aviary at the Peacock Echo Park beside the Prai River in Butterworth. – Filepic