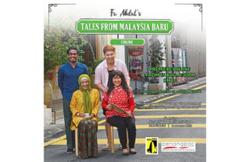 To be broadcast live via Facebook from 8pm to 10pm on all three nights, its aim is to raise funds for Penangpac which has been hard-hit by the movement control order.

Located in Straits Quay and run by 10 staff, it is the largest performing arts centre in the northern region with two theatre halls and three studio spaces across 22,000sq ft.

In a recent press statement, it was said that Penangpac had been closed for a cumulative 286 days since the pandemic began, incurring losses of RM495,000.

Some 80 performances and programmes were either postponed or cancelled.

Currently, operational costs amount to about RM600,000 a year.

This was partially offset by the RM150,000 raised from the Patron of the Arts fund- raising programme which Penangpac has been running for the past 18 months and the centre is tremendously grateful for the generosity of all those who contributed.

But that is still insufficient in the long-term, and more is needed to ensure it will still be able to host live performances and public activities in the months to come.

Funds will enable Penangpac to provide theatre and studio spaces at affordable rates for those in the arts industry, support newcomers through collaboration opportunities at zero cost, and offer theatre-based academic courses for children from all walks of life.

Tomorrow night, Penangpac co-founders Faridah Merican and Joe Hasham will be on air, followed by production house and social enterprise The Rondo Production on Sunday’s show.

The event will be broadcast via www. facebook.com/penangpac. Audiences can donate through direct bank transfers, PayPal or by pledging a sum during the sessions. 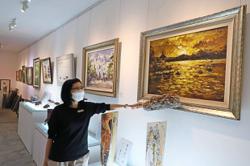