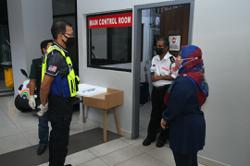 ECOTOURISM activities at forest reserves and eco-parks in the Klang Valley are not allowed during the movement control order 3.0.

The Forestry Department of Peninsular Malaysia’s website states that activities such as camping at eco-forest parks and state parks are prohibited during the MCO from May 12 until June 7.

Under the National Security Council’s (NSC) standard operating procedure dated May 12, all individual, non-physical contact sports and recreational activities at open areas, such as jogging, cycling and exercising with a minimum 1.5m distance, are allowed at neighbourhoods or any open areas within the same district.

Operation hours of parks are subject to their respective local authorities.

The SOP, however, does not specify if activities like hiking are allowed. 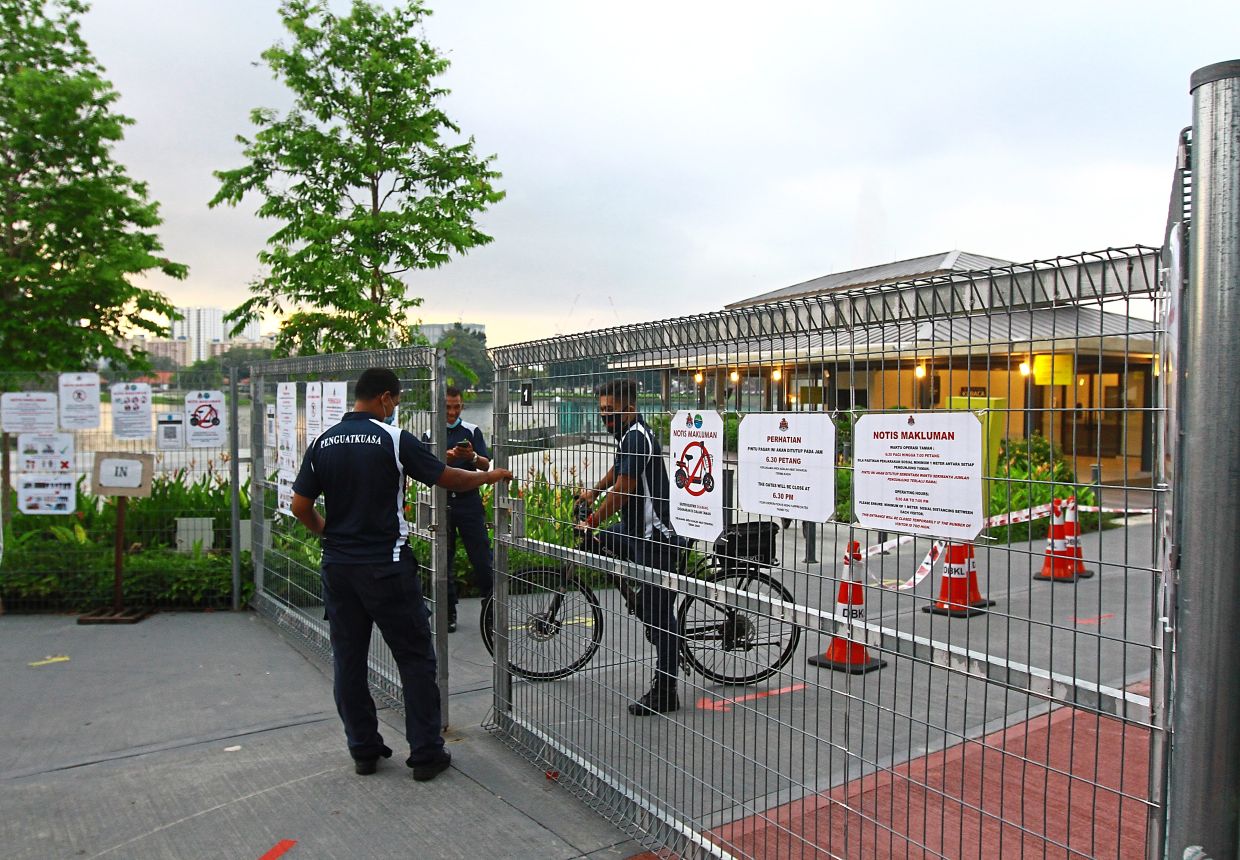 Meanwhile, all parks in Kuala Lumpur under the management of Kuala Lumpur City Hall (DBKL) are open to the public during the MCO.

A DBKL spokesman said parks were still accessible but visitors must adhere to the SOP at all times.

“Taman Tasik Metropolitan Kepong closed briefly from May 9 to 11 as it was listed in the Hotspot Identification for Dynamic Engagement (HIDE) system.

Parks under the purview of the National Landscape Department are open, including Taman Persekutuan Bukit Kiara in Taman Tun Dr Ismail. The Forestry Department has cordoned off the entrance of the Tabur West trail in Bukit Tabur, near the Klang Gates Dam. — Filepic

Mohd Hafiz Mohd Hashim, 30, said he was glad that Taman Tugu, his usual spot for exercise, was open during this MCO.

“It is a great relief to be able to relax at a city forest park.

“What city folk need is a place to get away.

“The park management and visitors adhered to all the SOP and I felt safe exercising there, ” he added.

SS4 Petaling Jaya resident Maizatul Kassim said public parks were essential for those who wanted to exercise during the MCO.

“Since all gyms are closed, people like us have to rely on public spaces, ” said the 35-year-old customer support executive. Many park-goers could be seen exercising at Taman Jaya in Petaling Jaya on Sunday evening.

She said while she did not understand the rationale behind gym closures as most operators would follow the SOP, being able to exercise outdoors was the next best thing.

“It is not ideal as I workout using weights and machines but at least, we can be out in the open and maintain some level of fitness.”

Maizatul, who is also a regular hiker, said the closure of hiking spots was disappointing to many.

“Working from home for the past year has already been difficult.

“Sometimes people just need to recharge in a natural environment.”

In Shah Alam, most of Taman Tasik Shah Alam will remain open to the public, except the Selangor-Japan Friendship Park and musical fountain.

When the MCO was declared in Selangor’s six districts earlier, the NSC listed hiking as one of the activities that was barred, along with fun runs, fun rides, marathons and triathlons.

On its latest update, hiking has been removed but it is not listed under allowed activities in open areas like jogging, cycling and light exercise.

For now, all major hiking spots including the Shah Alam Community Forest and the Kota Damansara Community Forest managed by the Selangor Forestry Department, along with the Bukit Gasing Forest Reserve managed by Petaling Jaya City Council, are closed to the public. In a letter dated May 6, the Selangor Forestry Department issued a notice to the state government that all eco-forest parks and related trails under the department’s purview would be closed until the end of the MCO.

In Ampang, all public parks under the purview of the Ampang Jaya Municipal Council remain open throughout the MCO.

This includes neighbourhood parks, recreational parks as well as the mini orchard in Taman Kosas.

Several hiking trails within the municipality fall under the management of the Selangor Forestry Department and are closed as per the department’s latest notice.

Bukit Tabur, a once-popular hiking spot in Ampang, has been closed for all climbing and recreational activities since 2016.

This was after multiple injuries and deaths were reported on the Bukit Tabur trails.

Bukit Tabur, which goes by the official name of the Gombak Quartz Ridge, is in the Hulu Gombak Tambahan 1 Forest Reserve and is managed by the Selangor Forestry Department. Members of the public seen exercising around the Bukit Gasing Forest Reserve in Petaling Jaya, which has remained closed since May 7.

Anyone entering the permanent forest reserve will be in violation of Section 47 of the National Forestry Act 1984 and liable to a fine not exceeding RM10,000 or jailed not more than three years or both.

Another well known hiking spot is Apek Hill in Cheras.

The hill is considered a closed forest, which means one must obtain a permit from the Selangor Forestry Department before venturing in.

This is to ensure the department has a record of those who trek up the hill, in case of an accident or emergency.

The Bukit Kembara hiking trail was also popular with senior hikers, especially in Taman Tun Abdul Razak as well as the surrounding areas.

However, one of the access points was abruptly closed in 2018.

Although there is another access to the trails via Bukit Indah, it is too steep and a strenuous climb for most senior hikers.

Sunny Low, who used to be a regular hiker there before its closure, said there were not many who climbed up Bukit Kembara these days. 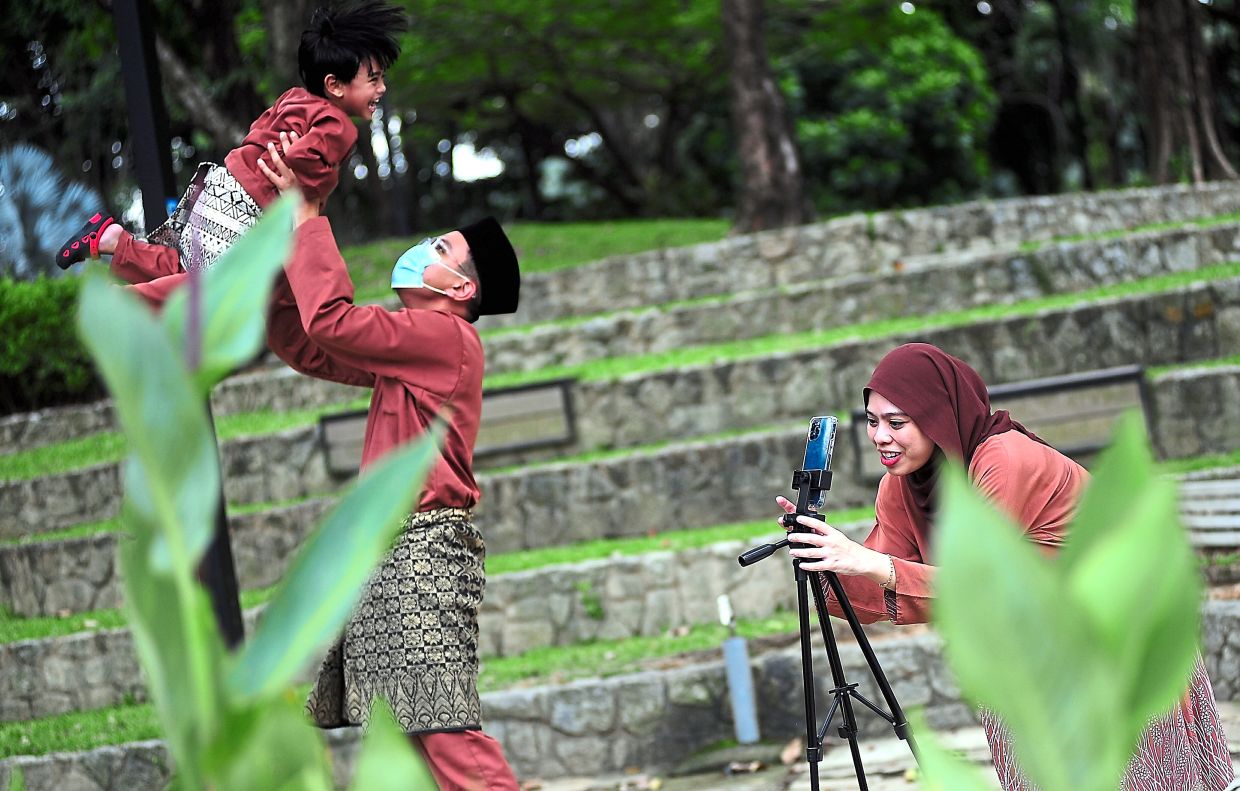 “Before the MCO was implemented, there were a few who ventured up.

“Now, I believe people are not supposed to hike as the previous MCO stated that hiking activities were not allowed, ” he added.

Ampang resident B. Raj Kumar, 63, however, questioned the lack of SOP for certain activities like hiking.

“People who love to hike as part of their physical fitness should be allowed to do so during the MCO so long as they maintain physical distancing.

“While parks are open for jogging and cycling, why isn’t there any SOP for hikers who like to trek or climb hills?

“Hundreds of people in various districts hike as a regular activity and to be fair, the government should allow this so long as they adhere to the SOP.

“There also seems to be a grey area, as parks in Taman Tugu and Bukit Kiara remain open, ” he said. 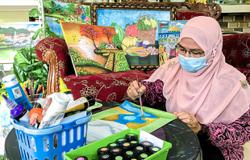 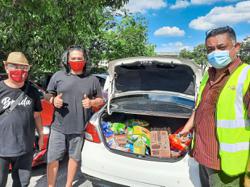