Kebun By Amboi farm is a fully netted greenhouse space that is open to the public.

THE Covid-19 pandemic revealed new challenges for the people, and food security among the poor is one of the issues that came to light.

This led to the idea of urban farming in a public park, said Subang Jaya councillor George Yap Kok Weng.

With the help of Subang Jaya City Council (MBSJ), Kebun By Amboi — a vertical farm — nestled in the Taman Wawasan Recreational Park in Persiaran Wawasan, Taman Wawasan in Puchong, Selangor has been yielding fruitful results since November last year.

“During the pandemic, we saw the potential in urban vertical farming using the hydroponic system.

“A few of us, including my assistant Khooi Chu Boon, visited a vertical farm in Sepang. We liked the idea and decided to replicate it. 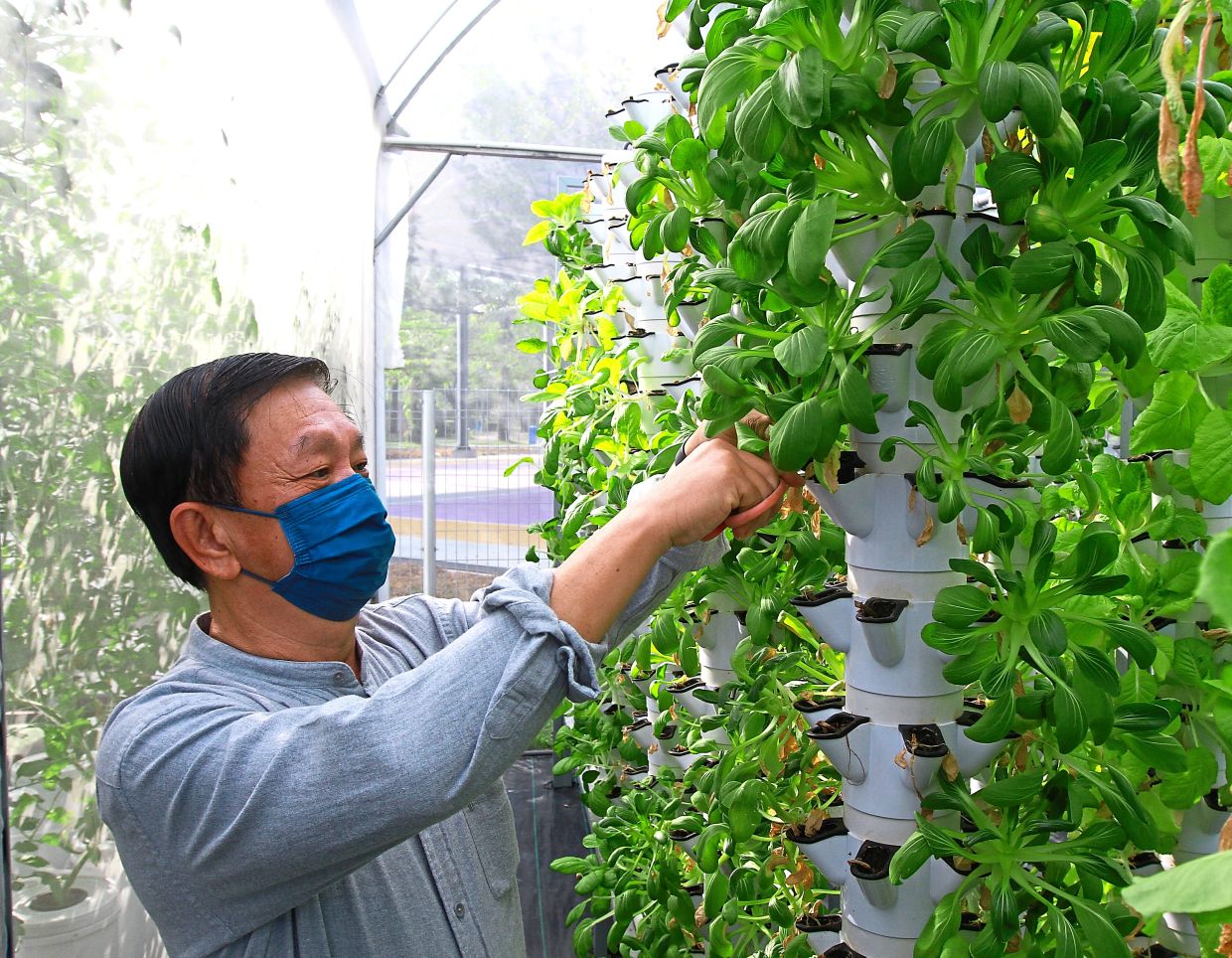 A customer, William Pang, harvesting vegetables that he wants to buy.

“The project was proposed to MBSJ and we were given approval to kick-start a pilot project at Taman Wawasan.

“This is the first project where a small portion of a public park is being used for urban farming, ” said Yap. It is a collaboration between the council and a private company.

The aim of the project is to raise public awareness of vertical gardens using the hydroponic system.

Among the vegetables grown are bok choy, butterhead lettuce, tomatoes and peppermint as well as fruits such as rock melon.

The crops are sold to the public, priced at RM20 per kilogramme.

The project is presently based on a profit-sharing model, with 30% channelled to the city council.

MBSJ, StarMetro has learned, uses the money to upgrade and maintain Taman Wawasan.

Vegetables at the farm have been harvested thrice and each harvest cycle produced about one tonne of vegetables.

MBSJ will take over the operations and management of the farm after the 18th cycle of harvest. 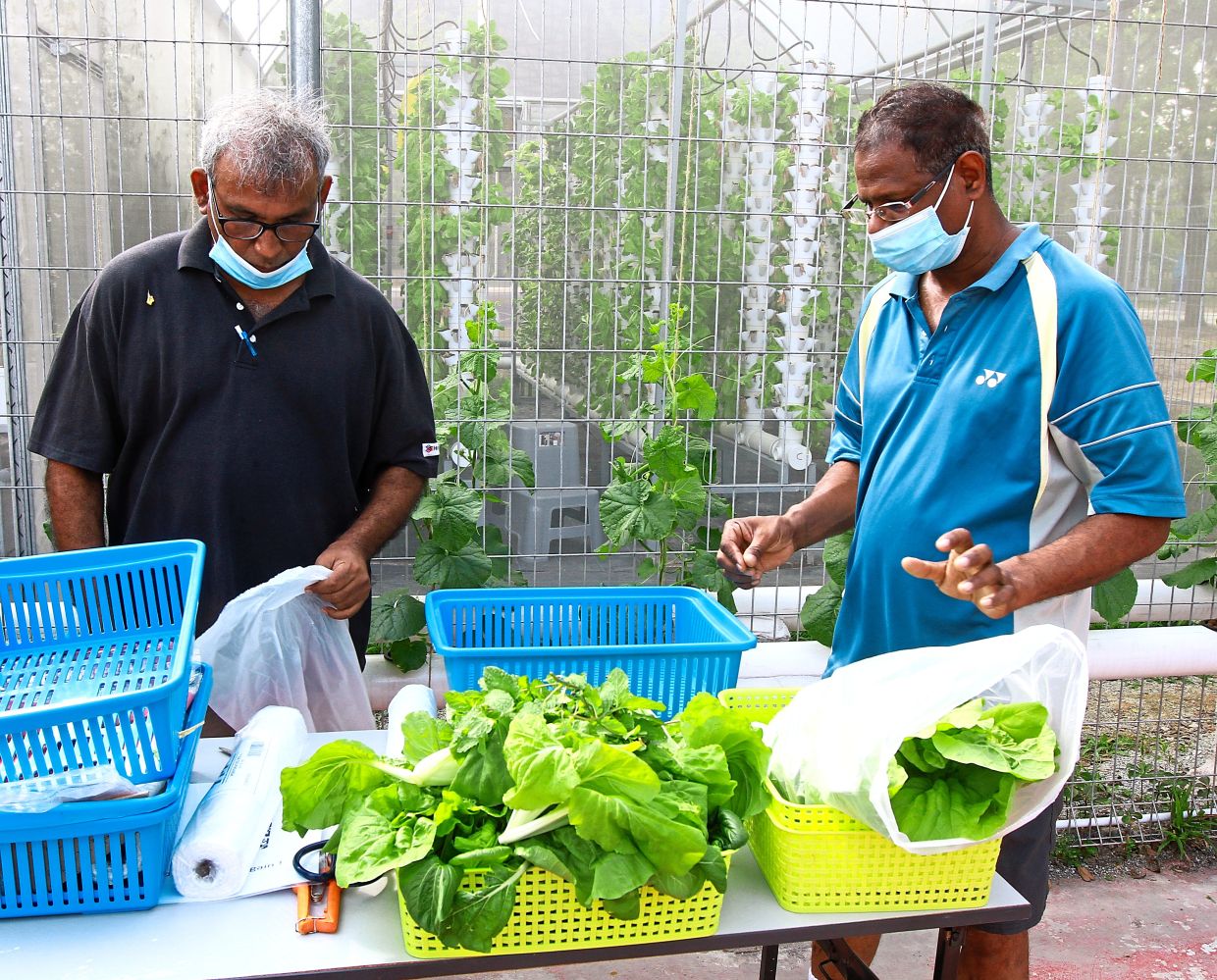 Chandran (left) and Mahendran are retired professional landscapers who are now caretakers of Kebun By Amboi.

Kebun By Amboi consultant Benjamin Haw said the cost of building the entire infrastructure for the farm was RM100,000.

The hydroponic method has been around since the 1930s and it has been proven to be safe for human consumption, said Haw.

“The nutrients added to the plants are safe too.

“The vertical garden does not need much space and we can harvest large quantities in a period of one month, ” he explained.

There are plans for Kebun By Amboi to become an educational hub for children and to host school excursions.

Also in the pipeline is a cafe on site, where vegetables sold can be cooked on the spot based on the garden-to-kitchen concept.

They enjoy tending to the vegetables and are interested in environmentally friendly farming methods that produce less carbon footprint.

“People ask a lot of questions when they come here.

“This is good as they too get to take home knowledge and either implement what they have learned at home or teach others, ” said Chandran. 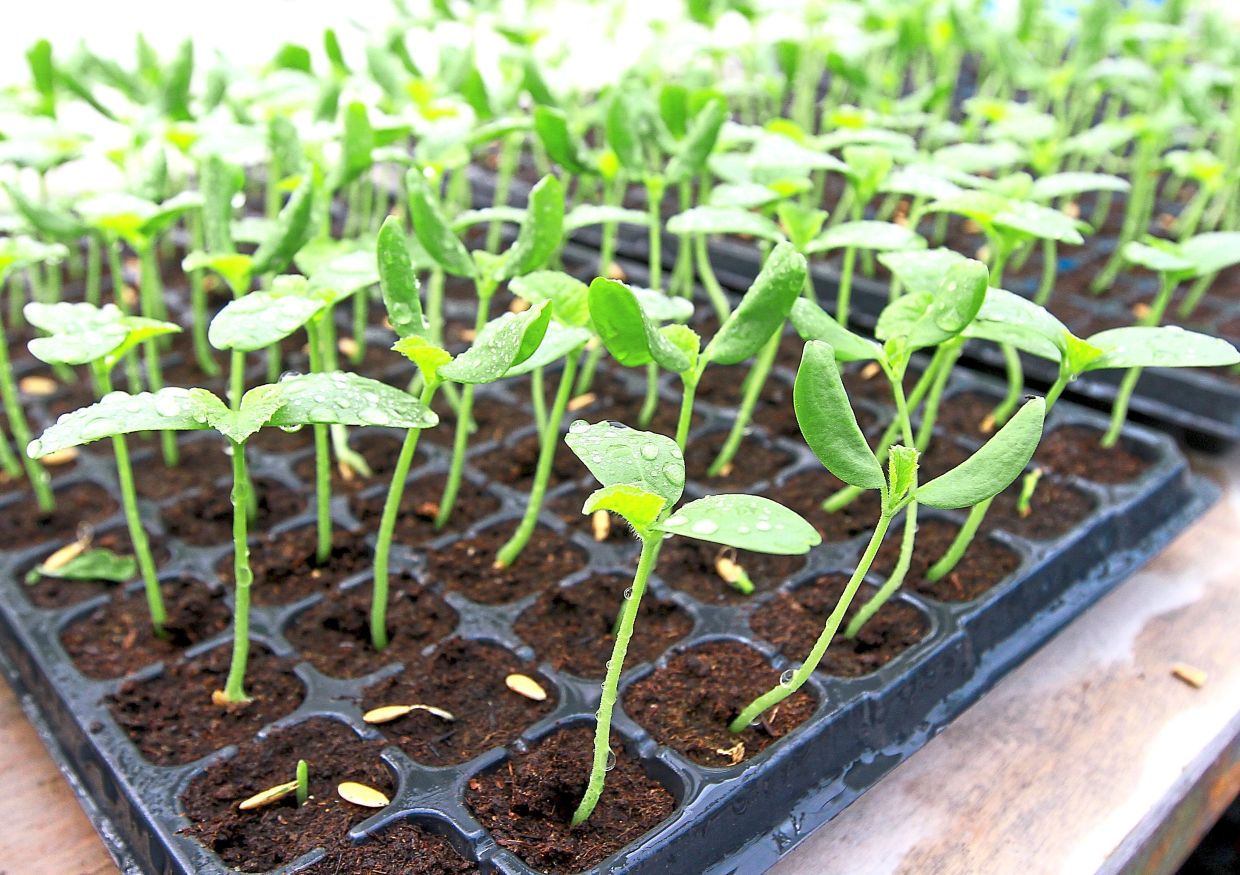 Seedlings of a certain size will be transferred to the vertical hydroponic towers. — Photos: CHAN TAK KONG/The Star

Customers can harvest their own vegetables with the caretakers’ assistance.

“Urbanites are encouraged to make full use of vacant land after getting approval from the local council and relevant authorities, and use it for community learning.

“I have seen so many successful community farm projects in Selangor.

“Those interested to start such projects and need advice, can get in touch with their area councillors who will be able to help, ” said Ng who was impressed by the farm at Taman Wawasan.

The farm is open on Tuesday, Thursday, Saturday and Sunday from 8am to 10.30am.

Booking is required for visits to the farm, in order to observe the National Security Council’s SOP.