FOLLOWING the success of e-bazaars last year, the Selangor E-Bazaar Raya continues this year, with RM2mil in subsidised vouchers from the state government.

“This proves that the state’s digital economy agenda has effectively assisted merchants to generate more income online to weather the Covid-19 storm, ” he added.

The Selangor E-Bazaar Raya starts today and ends May 29.

So far, the e-Bazaar campaigns were held for Hari Raya Aidilfitri and 11.11 last year, as well as Chinese New Year (CNY) this year.

Jointly coordinated by Invest Selangor and Selangor Information Technology and Digital Economy Corporation (Sidec), in collaboration with e-commerce platforms Shopee and Lazada, the campaigns are part of the state’s digitalisation efforts for SMEs and micro-SMEs as well as to encourage consumers to get used to shopping online.

Speaking at an online press conference to launch Selangor E-Bazaar Raya 2021 and announce the results of Selangor E-Bazaar CNY, Teng said the two campaigns last year generated RM1.39bil in total through direct sales worth RM43.76mil from the RM3mil in voucher subsidies.

“The E-Bazaar CNY has also shown how the demography of e-commerce consumers has changed from impulse-driven youths to needs-based working class adults.

While there were no plans to increase the value of vouchers, Teng said they were being offered as part of the campaign to encourage more SMEs to actively operate their businesses online. 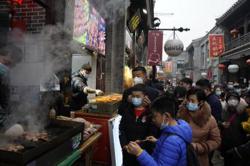