For scrap: At Car Medic in Kajang, a car being transferred for the salvaging process. – SAMUEL ONG/The Star

A PILOT programme by the Environment Department (DOE) is set to pave the way for a more environmentally friendly solution when it comes to the disposal of vehicles that have been abandoned by their owners.

Under this arrangement, abandoned vehicles will be towed to an authorised automotive treatment facility (AATF) so that scheduled waste such as batteries, engine oil, air-conditioner gasses, coolants and other components like plastic and metal parts can be segregated for reuse, recycling or recovery.

The arrangement will see MPKj sending a tow truck to the location once owners are able to present certificates to show that their vehicles have been deregistered by the Road Transport Department (JPJ).

The council will tow the vehicle away free of charge to Car Medic, the first facility in Selangor to obtain the AATF certification from DOE under Section 18 of the Environmental Quality Act 1974.

In cases where the vehicle is just left abandoned in the open, MPKj Enforcement Department director Shariman Mohd Nor said notices would be sent to the owner – based on records obtained from JPJ – to remove the obstruction following Section 46 of Street, Drainage and Building Act 1974. Mohd Radzi is collecting data from Car Medic on the recovery rate for end-of-life vehicles.

“If there is no response either due to failure on the vehicle owner’s part to update his address with JPJ or for reasons unknown, we will tow the abandoned car to our depot and notify the owner that the vehicle is now within the council’s compound.

“If the vehicle is still not claimed after two weeks, it will be sent to the AATF-certified facility for disposal, ” he explained.

There are currently 60 unclaimed abandoned vehicles in MPKj’s depot.

Shariman said those would be sold as scrap metal to an AATF operator.

Presently, discussions are ongoing to have the operator tow such abandoned vehicles from their parked locations to the council’s depot in future.

If the vehicles are left unclaimed, an AATF licensee can relieve the council of these metal carcasses without payment.

Among other local authorities intending to kick off this programme in their respective jurisdictions soon are the Ampang Jaya and Klang municipal councils.

At the launch, DOE director-general Norlin Jaafar announced that seven other companies had been shortlisted by Malaysian Automotive, Robotics and IoT Institute (MARii) to be part of the programme.

Four of the companies are located in Selangor while two are in Johor and one in Perak.

As an alternative to calling MPKj, members of the public can bring their unused vehicles directly to the authorised automotive treatment facility for disposal.

What happens in AATF

The difference in how abandoned vehicles will be treated at AATF sites (as opposed to traditional scrap yards) lies in the collection, monitoring and separation processes of scheduled waste such as engine fluids and other materials like vehicle wiring, metals, plastics and polyurethane foam, which is found in vehicle seats. 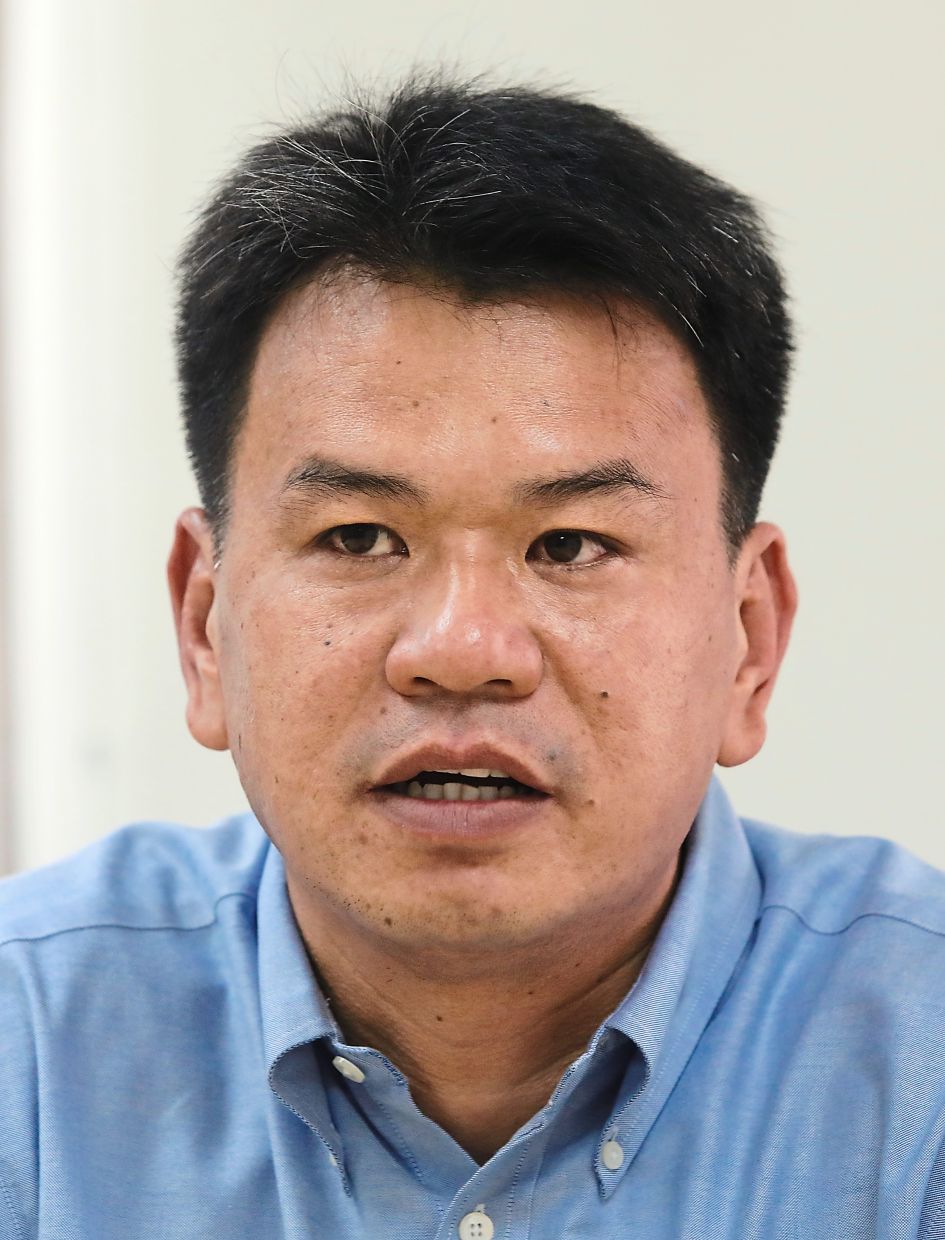 Kwan: The collection, monitoring and separation processes of scheduled waste and other materials in a car are regulated and recorded at an AATF.

“When a vehicle comes in, it is first weighed. This is so we know exactly how much of the vehicle has been recovered, recycled or disposed of, ” explained Car Medic managing director Kwan Voon Ler.

“This input allows for the transparent monitoring of scheduled waste collected by an AATF.

“If DOE or the local council wants to audit where it has been sent to or how much has been collected, they can look it up through eSWIS, ” he elaborated.

In the long run, the aim is to come up with enough data to look at the recovery rate percentage.

Under the licensing agreement, all engine fluids must be sucked out, collected in waste storage drums and picked up by DOE-licensed contractors for recycling.

The drums at Car Medic have a capacity of 850 litres.

According to DOE guidelines for packaging, labelling and storage of scheduled wastes, the collected fluids must not remain at the facility for more than 180 days or exceed 20 metric tonnes in volume, whichever comes first.

Vehicle parts that are deemed valuable will be resold but this will largely depend on their condition.

There is, however, a limitation imposed on components like air bags, tyres and brake parts which are deemed to be residue.

“For safety reasons and AATF operating regulations, we will deploy the airbags so that during the handling process, they do not detonate.

“This is because sodium azide, a chemical found in airbags, is harmful to a person, ” he said, noting that exploding airbags were also dangerous because the force could cause serious injuries.

Although second-hand tyres and airbags are common in the used parts market, for safety reasons, AATF operators are bound by agreement not to salvage them for resale even if the threads appear to look new.

Components that can be sold by an AATF for recycling are plastics and metals.

By law, such sites are only allowed to dismantle those parts from the vehicles.

“Processes like smelting of metals, for example, can only take place at licensed facilities approved by either the local authority or the DOE, ” said Kwan.

Why it is a right step Lau: The Environment Department’s programme is seen by Muvata members as an upgrade for the industry.

“It has become very bad over the past five years and will become worse if nothing is done to address the issue.

“Factors such as lengthy car loan terms, which has made it easy for car ownership and the absence of a vehicle scrappage policy, have in a way contributed to the problem, ” she said.

Muvata members also view the programme as an upgrade for the industry.

The association has a total of 318 members, of which 156 are based in Selangor.

Lau said the industry had always looked towards Japan and Taiwan as examples when it came to best environmental practices.

She said it would be a matter of time before local companies too would see the benefits in upgrading their facilities to meet AATF standards.

“The industry is no stranger to environmental practices, ” she highlighted.

One example she cited was the recycling of engine oils, which she noted had been practised even before the introduction of the AATF programme because there was money to be made.

“Engine oil and fuel were properly drained with specialised equipment, collected in drums and sold to recyclers, who will turn them into refined lubricants or processed into fuel oil.

“At its highest price, one drum can fetch up to a few hundred ringgit, ” she revealed.

Muvata members had taken part in initial meetings to offer their feedback to MARii, an agency of International Trade and Industry Ministry, when the institute was setting up a qualification system for the AATF implementation roadmap with DOE.

However, Lau stressed that for the programme to be successful, there should be more public awareness drives on the availability of such services.

“People not related to this industry usually have no idea who to look for and what to do when a vehicle has come to the end of its life.

“Even if they eventually come to realise that they can send it to an automobile scrapyard, they may not be willing to pay for towing services if the sale of the scrap vehicle is unable to cover towing costs, ” she pointed out.

On the part of the automobile facilities that would receive these vehicles, she said many Muvata members were eager to be part of the pilot programme.

She acknowledged that business owners would need considerable time and investment to equip their premises to meet the standards set by DOE.

“Due to the worldwide pandemic, the import and export sectors in this industry have been affected.

“As such, many business owners need to feel confident with the economic conditions before they can be motivated to invest.

“There is also the issue of labour to contend with, as the recording process will require better qualified staff and skill.

“For that purpose, business owners may be required to pay more for workers apart from upgrading their IT systems, ” she added.

One solution proposed by Muvata is to set up a central location as a one-stop centre for the used auto parts industry where the dismantling process and sale of used parts can take place.

“One advantage of such a centre is easier monitoring by authorities.

“Another benefit is the ease of access for customers looking for used auto spare parts, ” Lau reasoned.

The Environment Knowledge Management Centre at the DOE website stated that the issuance of AATF licence will be limited in accordance to the number of abandoned vehicles recorded at the moment.

Based on public reports, the figure has now exceeded 60,000 units nationwide. 1. The car-stripping process begins with technicians extracting petrol so it does not leak on the ground and get into water sources. — Photos: SAMUEL ONG/The Star

2. Engine oil being extracted as part of the depollution exercise.

3. A deployment device being used to detonate an airbag before workers begin stripping a vehicle.

4. Tyres have to be separated from rims.

5. Automotive components are separated and sold as used spare parts.

6. Materials like aluminium and steel are crushed up and sold as scrap metal.