In a statement to StarMetro, the Selangor Land and Mines Office (PTGS) said the overlapping of titles that contributed to the arrears were those that were involved in either the surrender and re-alienation of land for the purpose of changing condition of ownership, or the partition/subdivision by landowners after planning approval was obtained from the local authorities.

“The overlapping occurs when land titles have been surrendered or not revoked at the same time when the new title is registered.

“If the revocation of the old title exceeds the year of surrender, the current land tax for the year will be generated in the revenue management system until the title is revoked.

“It is a similar problem faced by all land administrators in other states in Malaysia, so the overlapping issue is not the main factor behind the land tax arrears in Selangor, ” said PTGS.

It further said that in order to ensure the data of land tax arrears reported was accurate and authentic, PTGS as well as other land and district offices would always carry out data cleaning activities to ensure the validity of the data.

“This process is done through careful review; if revocation of the title is called for, then the action will be taken by PTGS and other state land administrators.

“Through the process of periodic data cleaning, PTGS and all state land administrators have been able to resolve many cases of overlapping titles, which in turn will help lower the total land tax arrears in Selangor, ” it elaborated.

Currently, PTGS said the data cleaning for land titles in Selangor had achieved 85% completion, out of about two million titles.

On Feb 6, StarMetro reported that more than half a million accounts in all nine districts of Selangor were in arrears for non-payment of quit rent.

As of late September last year, the amount of quit rent arrears in the state amounted to about RM370mil from 555,604 land titles.

PTGS said other reasons that led to the land tax arrears in Selangor included taxpayers deferring payments for three to five years.

“This is especially true for residential titles, which is the highest percentage of titles in Selangor.

“They should not neglect their responsibility in making payments before the deadline otherwise it would cause them more burden in having to pay the late penalty fees in future, ” said PTGS.

It highlighted that there was a lack of public understanding over the types of taxes levied on each property ownership.

The state land office said it would be ideal for developers to explain to buyers at the point of signing the sales and purchase agreement.

“Every property owner needs to be aware that there are two types of tax payable each year for their property.

“One is the land tax paid to PTGS (if in Selangor) and the other is assessment fee paid to the local council.

“Land tax is paid once a year while the assessment tax is paid twice a year, every six months.”

PTGS said the state authority had the power under Sections 127 and 129 of the National Land Code (NLC) to carry out foreclosure against landowners who violated the stipulated conditions.

“An example is a land which is meant for agricultural purposes but used for other businesses.

“This obviously violates the expressed conditions of the land title.

“So, forfeiture action may be initiated by the land administrator by first issuing Form 7A under Section 128 of the NLC that requires the land owner to remedy the breach of the conditions already granted, and the owner does not comply within the set period.”

If no remedial action was carried out by the landowner as stated in Form 7A, PTGS said Form 7B could be issued for land confiscation and title revocation might proceed. 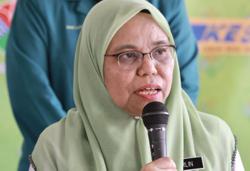