WEST Ham are sitting pretty in fourth place after their seventh win in nine games last week when they overcame London rivals Tottenham 2-1.

The Hammers manager David Moyes said after the win last week that “they haven’t hit top gear yet” and that “my players can play much better”.

Well, his players have the chance to prove themselves when they visit league leaders Man City in today’s early game.

After Man City today, Moyes will see his side take on Man Utd, Leeds and Arsenal in their next three league games and if they can emerge from those games with something to shout about, then these will indeed be exciting times for the claret and blue of West Ham, with Champions League football a real possibility next term.

It is no surprise that the Hammers’ good form has coincided with some of their top players playing out of their skins.

Man Utd’s loanee Jesse Lingard has scored three times in four league games for his new club and is proving to be a big hit in London.

Striker Michail Antonio has returned from an injury spell and is banging in the goals. Antonio, with his pace and physicality, is an asset to the team and can cause the opposition’s defence nightmares.

In the heart of their midfield, Tomas Soucek is in the form of his life. The 25-year-old Czech Republic international has been a revelation since joining the Hammers in January 2020, scoring eight goals so far this season. In defence, Declan Rice is another outstanding talent, while hardworking left-back Aaron Cresswell’s potency at set pieces has also contributed to West Ham’s phenomenal form after last season’s struggle.

Man City were at their usual dominant best when they brushed aside Borussia Monchengladbach in the Champions League on Wednesday to record their 19th successive win in all competitions. Pep Guardiola’s side, who are favourites to clinch Europe’s elite competition, look to have the league title all sewn up.

The runaway Premier League leaders are playing football with such composure, quality and control. And with players coming back into the team at the business end of the season, there is cover for every position and no shortage of talent on the bench.

As impressive as West Ham have been recently, this looks to be another three points in the bag for City, no two ways about it, as Guardiola’s side continue their march towards yet another league title.

Leicester are another side who are in great form and will be looking to keep up their title chase as they entertain Arsenal tomorrow. Brendan Rodgers side are behind second place Man Utd only on goal difference and will surely start as favourites against a disjointed Gunners side who will be lucky to qualify for the Europa League next season as things stand.

Both sides were in action on Thursday in the Europa League and had contrasting outcomes with the Foxes surprisingly getting knocked out by modest Czech side Slavia Prague, while Arsenal edged Benfica to qualify for the last 16.

Jose Mourinho’s reign as Tottenham manager has come under fire lately, and rightly so. A run of five defeats in six league games have seen Tottenham slip from title challengers to Champions League hopefuls and lately to Europa League contention next season.

But Mourinho had some respite in midweek as his side cruised into the Europa League last 16 as they demolished Austrian side Wolfsberger 8-1 on aggregate. Gareth Bale and Dele Alli impressed in that win and it will be interesting to see if Mourinho starts both or either of them when Burnley visit the Tottenham Hotspur Stadium tomorrow.

Tottenham are desperately in need of three points and will not have it easy against a stubborn Burnley outfit who have shown defensive resilience in recent wins over Liverpool and Arsenal.

Since the start of last season, Burnley have kept 24 clean sheets in the Premier League, only Manchester City (31) have more in this period.

This looks like a tough game for Tottenham with the magic of Harry Kane much needed to make the difference. 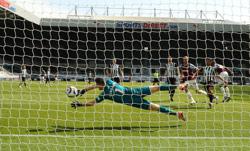 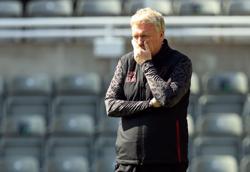