‘Public must remain vigilant to avoid falling prey to scammers’ Low (centre) at a press conference showing how a victim was cheated in a scam.

PEOPLE are still falling prey to scams despite the high number of reports on the topic being disseminated every day.

The scams usually involve “finding love” online or conning the elderly to hand over their life savings.

Universiti Sains Malaysia Criminologist Assoc Prof Datuk Dr P. Sundramoorthy said it was shocking that people still fell for such scams despite the wide coverage on it.

He said with such scams being reported so often, the public should be better aware and take the right preventive measures.

“But there is this problem of selective reading, where people might have no interest in crime prevention articles.

“The level of awareness on crime prevention is lower, which is why many people still end up becoming victims of scams, ” he added.

Dr Sundramoorthy said he did not expect to see a reduction in the number of victims because of several factors, including ignorance, naivety, vulnerability and greed.

“When scammers offer products that are too good to be true, people still fall for it.

“When scammers tell the victims that they are in ‘trouble with the law’ and need to pay up to avoid being arrested, they fall for that as well.

“If a person is in trouble with the law, the police or court officers will not call them personally, because they will either be arrested or have official government letters sent to their homes, ” he added.

Dr Sundramoorthy said scammers targeted everyone, be it senior citizens or the working class.

He said various crime prevention watch groups have warned the public about scams, but people still did not take heed.

“If people are unsure about the calls they receive, it is best to check with the police or family and friends first, ” he added.

He warned the public to be more alert.

“I constantly receive cases of victims of e-commerce, loan as well as investment scams via social media sites.

“Scammers will entice their potential victims through advertisements, ” he added.

He said scammers put themselves on speakerphone to make it sound like they were pleading with a senior official to prevent the victim from being arrested.

“The scam becomes more realistic and this is when the scammer will start to make threats, often pressuring the victim to transfer cash or risk getting arrested, ” he added.

“People must also know that when they are in trouble, the authorities will not inform them through phone calls, ” he added. 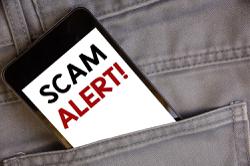