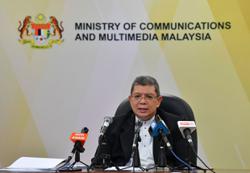 The spike in Covid-19 cases and implementation of the movement control order have affected the import of mandarin oranges nationwide this Chinese New Year.

“Business is a bit slow because people are not buying like they used to in previous festive seasons.

“I had to cut down on the import of mandarin oranges from China.

“From more than 10 containers in previous years, this year I ordered only four, ” he said, adding that the company in Skudai had been selling fruits for more than 10 years.

Beh said his supply of mandarin oranges arrived from China as early as January.

Besides mandarin oranges, other fruits that are sought-after during the celebrations include local strawberries and white peaches imported from Australia.

Meanwhile, Foodbank Ji Shan founder and director Goh Teck Kuan said this year, they brought 50 boxes of mandarin oranges to distribute to the underprivileged in Skudai.

He added that the price was from RM12 to RM14 per kg while those in boxes cost between RM60 and RM70 per box.

“Each recipient will receive about four mandarin oranges.

“Most of the recipients are elderly but there are also some who are unable to go back to their hometown in Sabah and Sarawak because of the MCO.

“We hope this small gift will lift their spirits during Chinese New Year, ” he added.

Besides mandarin oranges, the group also handed out basic necessities such as rice, sugar and biscuits to recipients. 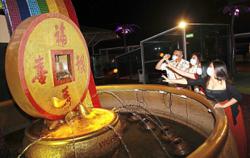