Some of the free food distributed to the needy in Johor Baru include nasi lemak and (below) mixed rice.

There is excitement in the air at mealtimes when people gather to wait for free food given out by non-governmental organisations (NGOs) and individuals.

Some feel the free meals are decent and they are able to enjoy a wide variety of dishes each day.

Many were seen with food packs stacked up behind them as they could get around seven packs each day and even more on weekends.

Retiree Lim Hock, 63, who takes the bus from Larkin to the city centre to get the free food packs, said the best meals he received so far were nasi ayam penyet and roasted quartered chicken.

“The food is actually quite tasty and the NGOs usually let me take extra packets to share with my friends at home, ” he said.

Another woman, who only wanted to be known as Jeya, 59, said she enjoyed waiting in line for food because she could chit-chat with some friends there. 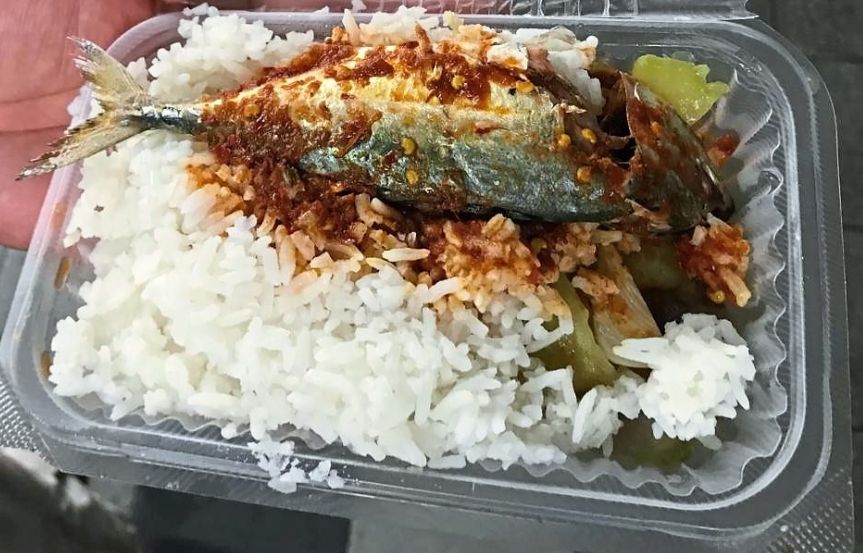 “The NGOs always emphasise that the food they give is halal, which is thoughtful, as the people waiting for food here come from different backgrounds, ” said the woman who left home two years ago because of family issues.

A homeless person, who only wanted to be known as Zahar, said he and the others living on the streets used to go hungry for days but now, there was more food than they could consume.

“I am thankful for the free food but I usually do not take the food packets given out after midnight, because those are leftover food given out by food operators so they are not as fresh.

“On Christmas day last year, a group gave us a fried chicken chop set for dinner. It was an unexpected surprise because I cannot remember the last time I had a mat salleh meal, ” he said.

Hoon Chin Ping, who has been unemployed since returning to Malaysia from Singapore in March last year, said that aside from the usual mixed rice, fried rice and noodles, there were occasions when they received more “lavish meals”.

“A group once gave out sets comprising two pieces of fried chicken, which was great, ” he remarked.

A check by StarMetro found some of the food packs handed out were still warm.

The homeless who ate the nasi lemak, which had the usual hard-boiled egg, anchovies, peanuts, cucumber and sambal, said it was fresh and quite fragrant.