Contractor steps up measures to assure residents worried for safety

Mohd Omar says residents have to keep their windows and doors closed at all times to keep out the dust and debris.

RESIDENTS of Lengkok Golf SS7 are concerned about their health and safety due to issues linked to an ongoing high-rise residential project next to their neighbourhood in Kelana Jaya, Petaling Jaya.

“Affected residents have also complained about dust and debris from the construction site falling onto their cars and house compound, ” he added.

According to the RT, those who are most affected by noise and dust problems are the 75 houses along Jalan SS7/1, Jalan SS7/3 and Jalan SS7/3A.

Muniandy Subramaniam, whose house is in Jalan SS7/1, said there was a day when his family members discovered that their cars were coated with flecks of dust and debris. One car’s rear window was also cracked.

“When I lodged a complaint with the contractor, I was advised to get the cars washed and polished, and have the cracked window fixed by a specific workshop then pass the bill to the contractor, ” said the 57-year-old.

“These were unnecessary hassles that should not have happened if the contractor was more careful in carrying out the construction work.” 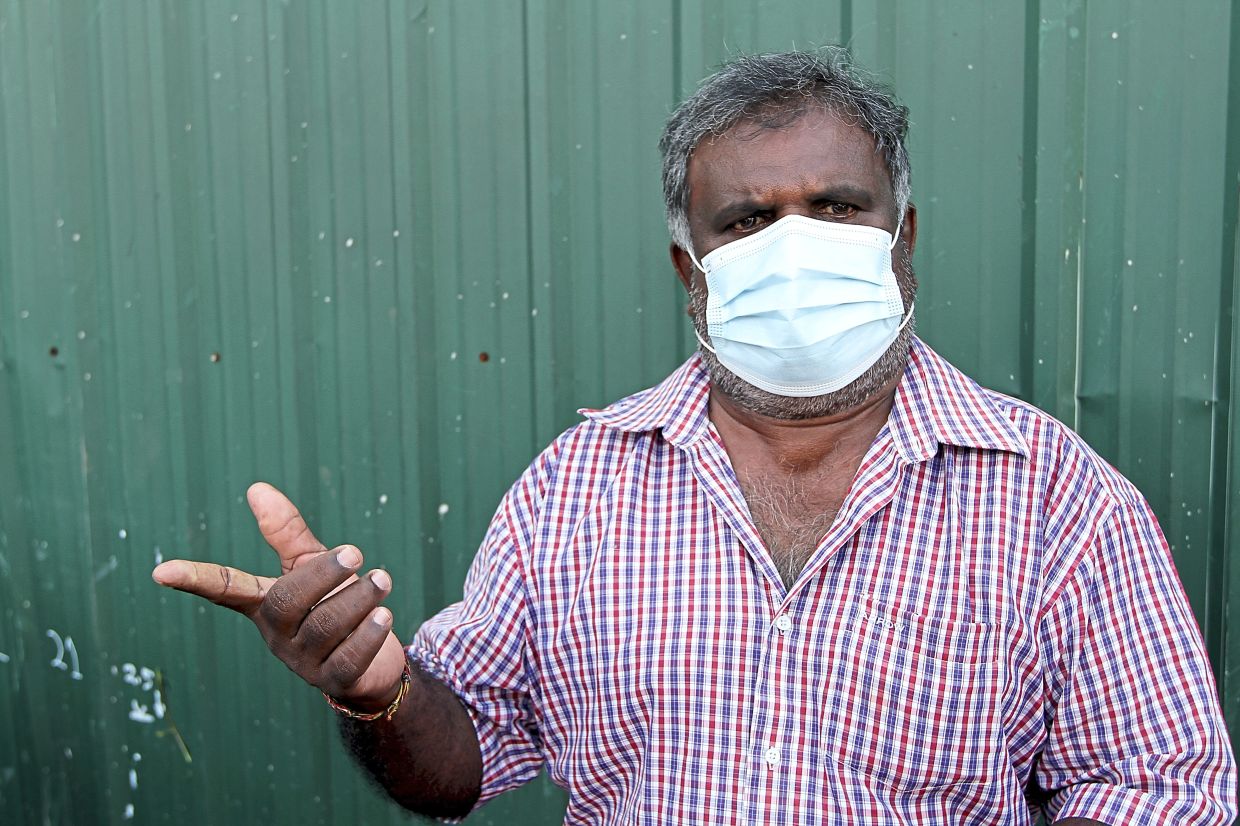 Muniandy was told to give the contractor the bill for cleaning his family’s dust-covered cars and repairing a cracked car window.

Mohd Omar Hussien, who lives at Jalan SS7/3, said, “We have to ensure our windows and doors are closed at all times to prevent dust and debris from entering our house.

“Some of my neighbours sometimes find the clothes they hang to dry on the front porch, are coated with dust.”

Yussof Ramli said residents also had to put up with constant noise pollution from the construction work, which they felt was at a higher decibel than what the on-site digital sound level meter was detecting.

“We want the developer and contractor to do according to what is right by the law, in terms of work hours, health and safety, ” said the 66-year-old who also lodged a complaint with the Occupational Safety And Health Department.

Lamien said the project started in mid-2018 and residents had been communicating with the project’s developer and contractor through a WhatsApp chat group regarding the problems.

“Petaling Jaya City Council (MBPJ) issued a stop-work order on the project once last year for non-compliance with work hours, ” he said.

“While the contractor has asked for an extension of work hours because they have had to suspend work during the movement control order, the understanding is that the noise level shall be reduced after 6pm.”

“If they are more proactive and have a supervisor who is able to manage and anticipate issues within their construction site, there will be less conflict and complaints from our side, ” he said.

director Ismathinoon Abdul Rahman said, “Based on our investigation, work was carried out on one Saturday in December but that was allowed.

“We did observe dust and debris around the project site, so the contractor was asked to clean that up.

“Our department issued a compound of RM5,000 to the contractor in early 2020 for working beyond normal hours.”

He highlighted that the developer and contractor were allowed to carry out work until 10pm for this particular project, as both parties had negotiated with SS7 residents on the extended time.

“The allowable work hours are Mondays to Fridays from 8am to 10pm, and Saturdays from 8am to 6pm plus some time for housekeeping (cleaning up the worksite and its surroundings).

“Work is not allowed after 10pm, and on Sundays and public holidays, ” said Ismathinoon.

“I understand that the developer has installed a noise barrier and appointed a third party company to monitor the environmental quality and noise pollution at the project site.”

He said it was the developer’s and contractor’s responsibility to look after their project site.

He added that both parties took the necessary measures whenever MBPJ asked them to rectify issues such as cleanliness.

The management of the Sunway Serene project said in a statement, “We regret that the construction works have inconvenienced the residents around the area.”

“We have kept our communication open since October 2018 with a WhatsApp group between officers of MBPJ, residents and us to immediately address any ongoing concerns.

“We would like to assure the residents that we have kept our construction work within the time permitted.”

Among the safety and health measures undertaken, according to the statement, were conducting noise and air quality monitoring by an independent laboratory to keep both at a safe level.

“We are also installing additional measures, including a noise barrier and a safety net on the podium as well as raising hoarding height at noise metre areas.

“A site safety supervisor is also on-site at all times.

“We will continue to communicate with the residents and ensure the health and safety of our community are prioritised at all times, ” the statement added.