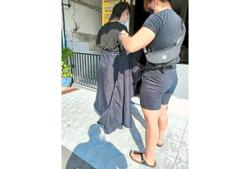 Taman Teluk Gedung Indah Flats in Port Klang is one of the many low-cost housing in Selangor in need of repair and rejuvenation.

THREE opposition assemblymen were warned by Selangor Speaker Ng Suee Lim for not following the dress code at the state assembly sitting yesterday.

“This is just a warning and I will allow it for today but tomorrow please follow the rules of the house and dress appropriately as mentioned, which is dark lounge suits, ” said Ng.

He said this before the daily proceedings began and reminded all assemblymen that baju Melayu was only allowed to be worn on Fridays.“We have a duty to uphold the rules of this house and I wish that all assemblymen will abide by it, ” he said.

To this, Shamsudin argued that the standing orders did not stipulate the dress code and he did not see why it was wrong to wear traditional attire.

“In fact, I think that the people will be happy that we are wearing baju Melayu, ” he added.

Meanwhile, Selangor approved a new guideline aimed at rehabilitating and rejuvenating old and dilapidated low-cost high-rise housing in the state.

Known as the Urban Renewal guidelines, it is aimed at improving living conditions at low-cost flats which are really old, some even over 40 years old.

“This has just been approved by the state in June and we are hoping that this will help improve the living conditions for residents in old and dilapidated low cost flats, ” said Selangor entrepreneur, rural, village and traditional village development committee chairman Rodziah Ismail.

She added that the state had previously repaired some flats, including replacing broken roofs and repainting.

Rodziah said this in reply to a question by Rizam Ismail (BN-Sungai Air Tawar) who wanted to know what the state planned to resolve issues faced by old and dilapidated low-cost flats in the state.

He also asked if the state had plans to renovate or replace existing old flats and turn them into a Selangorku housing project.

To this, she said there were many factors to consider, the biggest being where to house the residents temporarily while renovation work was being done.

“If we were to replace the old low-cost flats with the Selangorku housing concept, then we would need to also study the land and soil as most of the older developments were built on unsuitable land, resulting in many problems

“So if we were to test the soil and if still continue upgrading or building on the existing land, then the same problems will arise, ” she added. 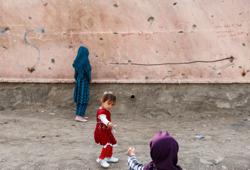