THE century-old Taiping Old Market will undergo a RM9.7mil restoration as its structure is deteriorating and posing a danger to traders and visitors.

“The structural integrity of the market is bad.

“We have tried to use iron beams to support it but that did not work,” he said.

“Other works will be to fix the roof, floor, security fence and damages at the trading area.

“We will ensure the Covid-19 standard operating procedures are adhered to during the project,” he said, adding that the restoration work would take into account the heritage value of the 135-year-old building.

“The building will be restored while maintaining its original facade.

“The structure will be built according to the original one,” he said.

For heritage and tourism purposes, Khairul said the council planned to use a part of the market as its heritage exhibition corner.

The project will be monitored by the council’s engineering department to ensure the guidelines set by the Heritage Department are followed.

Khairul added that all 22 traders from the Siang Malam section of the market had been relocated to a site at the Dobby Line in Jalan Sultan Abdullah.

“The site is a parking area for visitors of the nearby hawker centre.

“Six other sellers have been relocated to Jalan Chung Thye Phin,” he said, adding that water and electricity supply for daily use had also been sorted out. 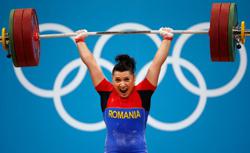