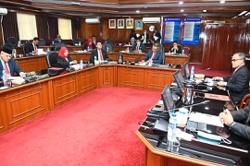 TWO temples in Kuala Lumpur have been allowed to have up to 50 people in their premises at a time for Navarathri prayers.

Navarathri, which means nine nights, is an annual festival celebrated by Hindus in honour of nine manifestations of Goddess Durga, Lakshmi and Saraswati. This year, it started on Oct 17 and will end on Oct 27.

“We are strictly following the standard operating procedures (SOP).

“We started allowing 50 people from Thursday. We have people stationed at the entrance to control the visitor count as well as to check the body temperature of every visitor before they are allowed to enter the premises, ” he said, adding that the National Unity Ministry staff had been checking on the temples’ SOP compliance daily.

Malaysian Hindu Sangam president Datuk RS Mohan Shan said he had advised the management of all temples to follow the earlier MKN’s SOP of only six people in the temple premises at a time, which is still being followed by the Selangor government.

“The six people constitute only the temple management and priests, with no devotees allowed. The latest SOP is also not clear on the 20 or 50 people allowed in the temple grounds.

“Despite the control on the number of people allowed inside the temple at a time, devotees waiting in line outside the temple are not screened, which poses a safety risk too.

“Our main concern is the safety of devotees and ensuring no new cluster forms from gathering in temples, ” he said.

Mohan said Navarathri prayers could be conducted at home and advised everyone to do so. 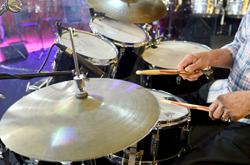