Smart way to spice up farming

The vanilla smart farm, touted as the first in the country, is located in the Permatang Pauh Agro Park in Jalan Ara Kuda, Bukit Mertajam. — Photos: ZHAFARAN NASIB/The Star

PENANG achieved another milestone when the country’s first vanilla smart farm was launched in the state.

Located at the border of Penanti in Bukit Mertajam, the farm sits on a 0.8ha (two acres) plot in the Permatang Pauh Agro-Park and Integrated Eco-Farm.

It is the brainchild of Penang-based social enterprise Kairos Agriculture and managed by Jubli Rebak Baru Sdn Bhd.

“For the first phase, the farm will use the most basic technology of AI in our watering system.

“This system will be able to monitor if the weather is too hot or the humidity is too low.

“If it is too hot, the system will automatically come on, ” he said during a press conference after the launching of the smart farm. 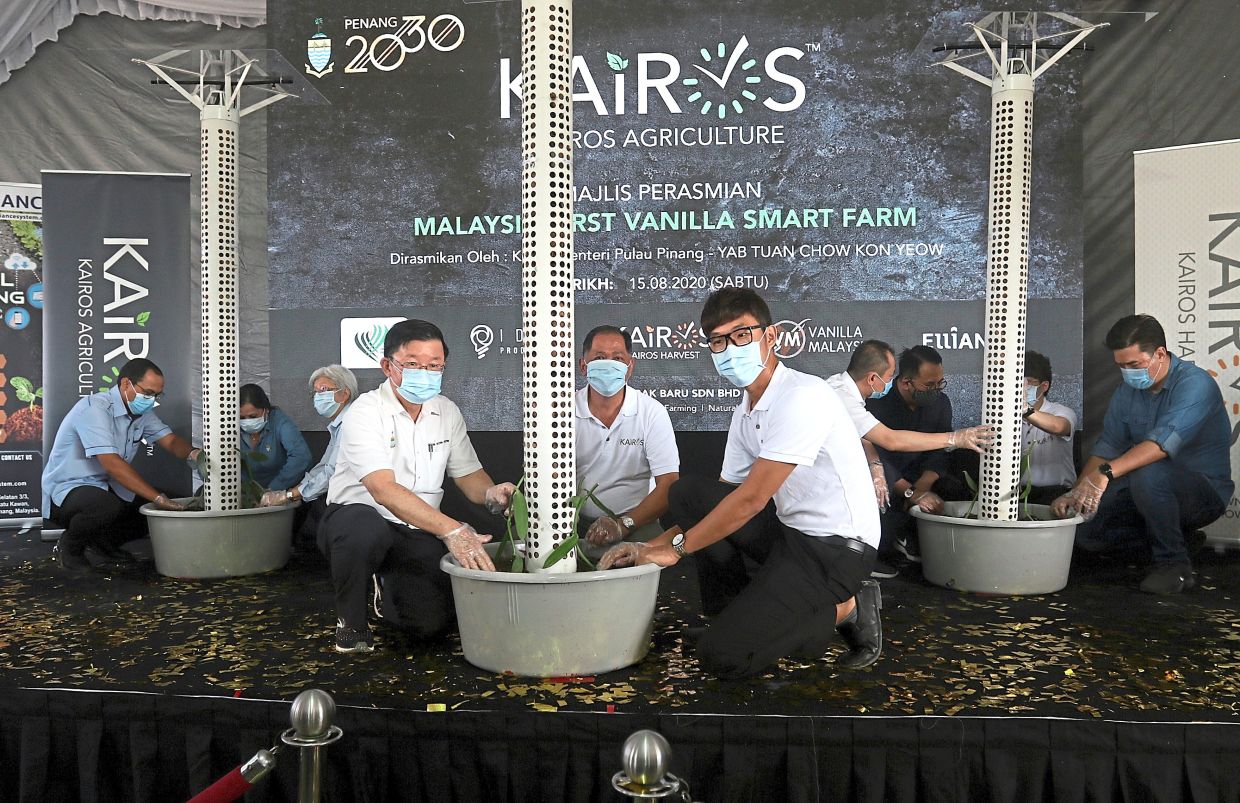 Chow (front, left) planting vanilla on the vanilla pine. With him on the right (in white) is Tan.

The company is next looking for machine learning technology which uses robotics to pollinate and harvest vanilla.

Tan said for this initiative, the company will collaborate with local universities and also industry players.

“The machine learning and AI technologies will enable the farm operator to monitor soil conditions and the environment, so that the vanilla can grow faster, ” he said.

The smart farm now has 8,000 vanilla plants which can be harvested after three years.

“Each year after the first harvest, the plants can produce vanilla worth RM1.5 million, ” he said.

He added that the company is looking to export its product

to Japan and at the same time, explore the local market.

The company also plans to set up a social entrepreneur training hub that focuses on ago-enterprises development.

The aim is to generate job opportunities for Penang youths, especially those from B40 families living in the surrounding areas. 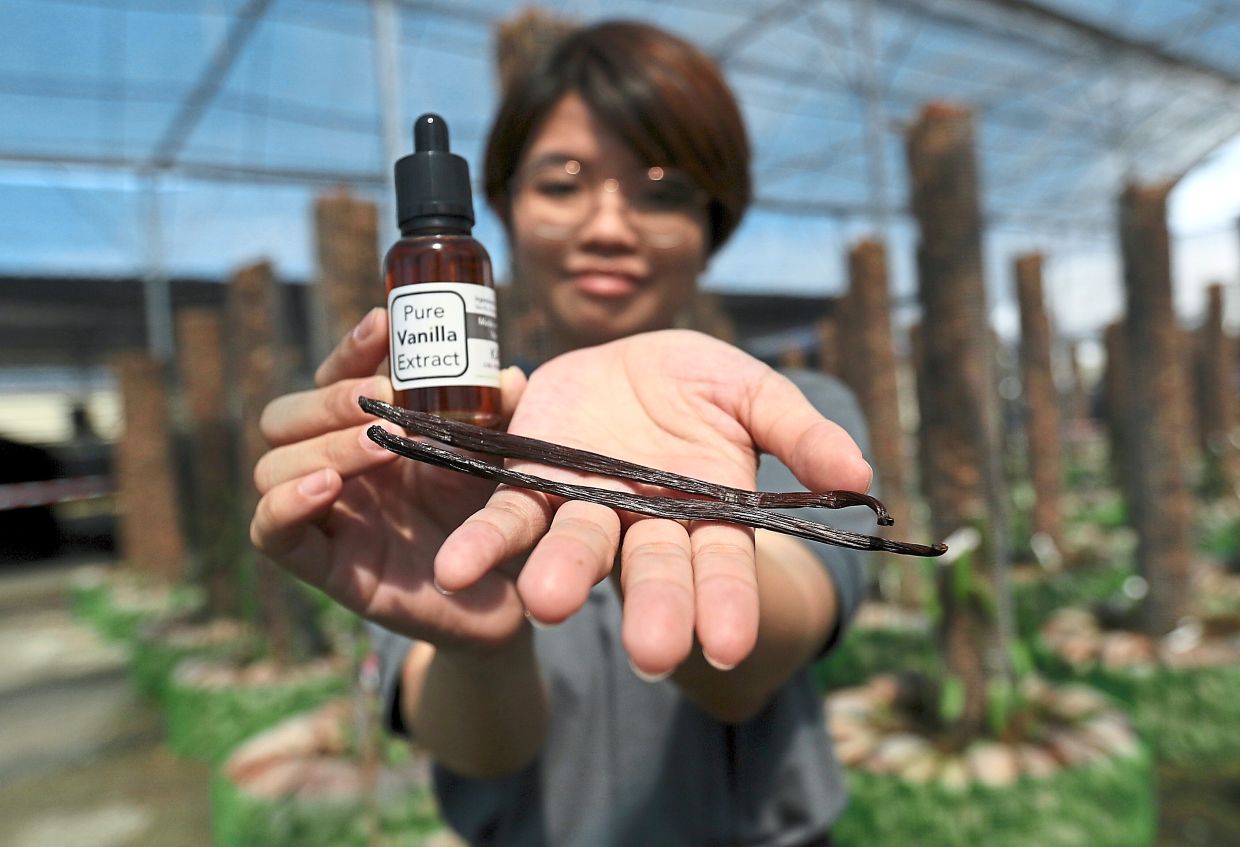 ) A closeup of the vanilla pods harvested in the farm. Vanilla is commonly used as a flavouring ingredient in baking.

Tan pointed out that Jubli Rebak’s vision is to be a leading chemical-free integrated farm in Asia.

“We also want young people to participate in agriculture through smart farming, ” he added.

Chief Minister Chow Kon Yeow who launched the smart farm on Saturday, said in his speech that Malaysia’s first vanilla smart farm has its own uniqueness and will be upgraded in the future with help from private and government agencies.

He expressed hope that the project could become an example for other young entrepreneurs in Penang to get involved in agriculture and help generate the local economy.

“As a show of support for the company’s effort, the state has decided to grant an additional 1.6ha (four acres) plot for them to plant their crops.

“I hope this can be a catalyst not only for the company but also serve as a new attraction in the state, ” he said.